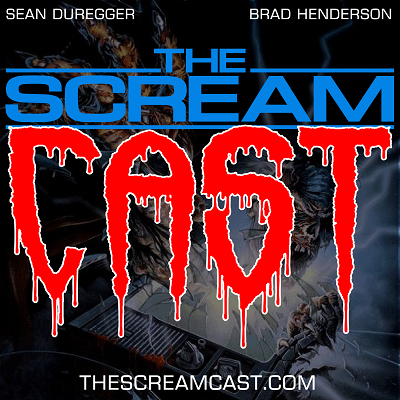 Welcome to the first episode of The ScreamCast!

This episode your hosts Sean Duregger and Brad Henderson dive into Scream Factory‘s double feature release of TerrorVision and The Video Dead.

Life will never be the same for the Putterman family in Terrorvision. Stanley Putterman (Gerrit Graham) installs a state-of-the-art satellite dish in his backyard. Through a cosmic accident, a wayward monster’s energy is beamed across galaxies, into the satellite and onto the Puttermans’ television set. The Puttermans don’t notice any changes, only better reception and a strange monster continually appearing on the screen. But when the monster leaps off the screen and into the Puttermans’ living room, terror erupts, as it needs to feed on humans for its survival! [Scream Factory]

On a quiet, tree-lined street, evil has arrived in a most ordinary way, an old television set. It receives a single channel, one that not only shows the same film over and over – a horror film where zombies rise from the grave to kill – but also frees the gnarled, evil monsters….and once out, they’re not going back! They like the real world. They’ve already killed five people and want more blood…and a new family is moving into the neighborhood! [Scream Factory] 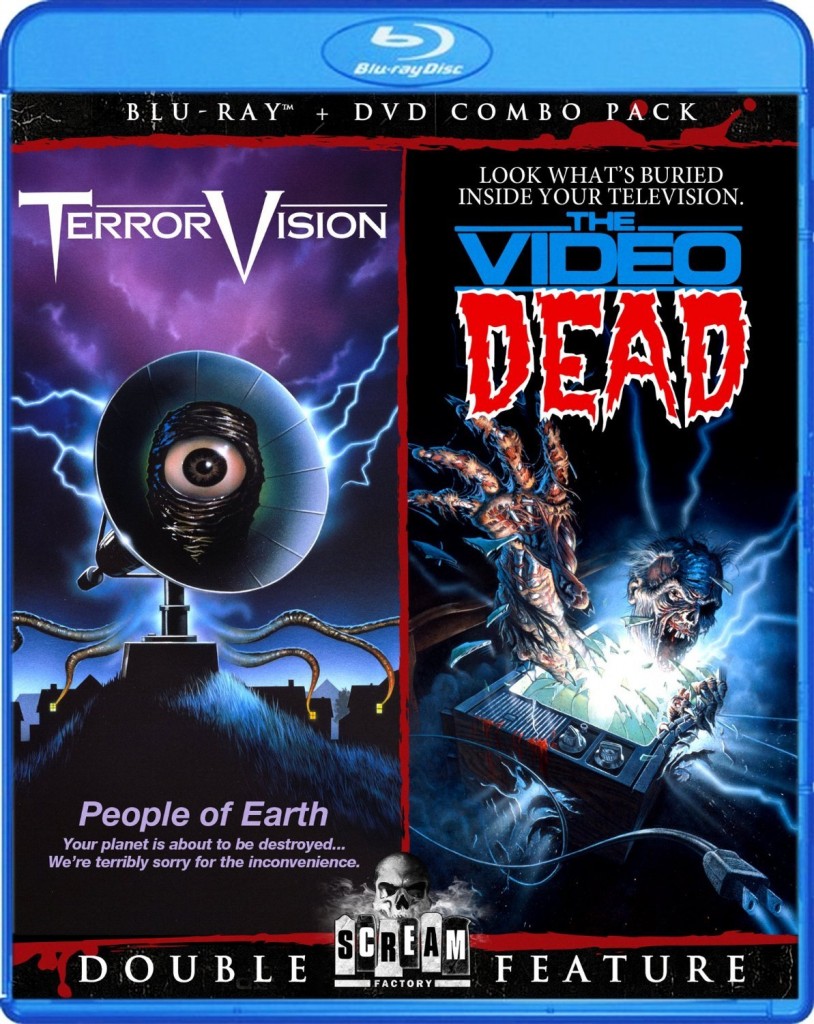 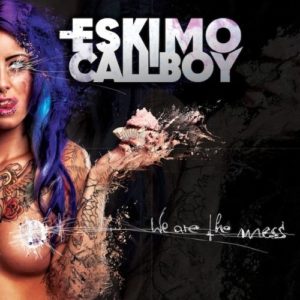