BLOOD IN THE SNOW: Who will break the silence about 3 DEAD TRICK OR TREATERS? 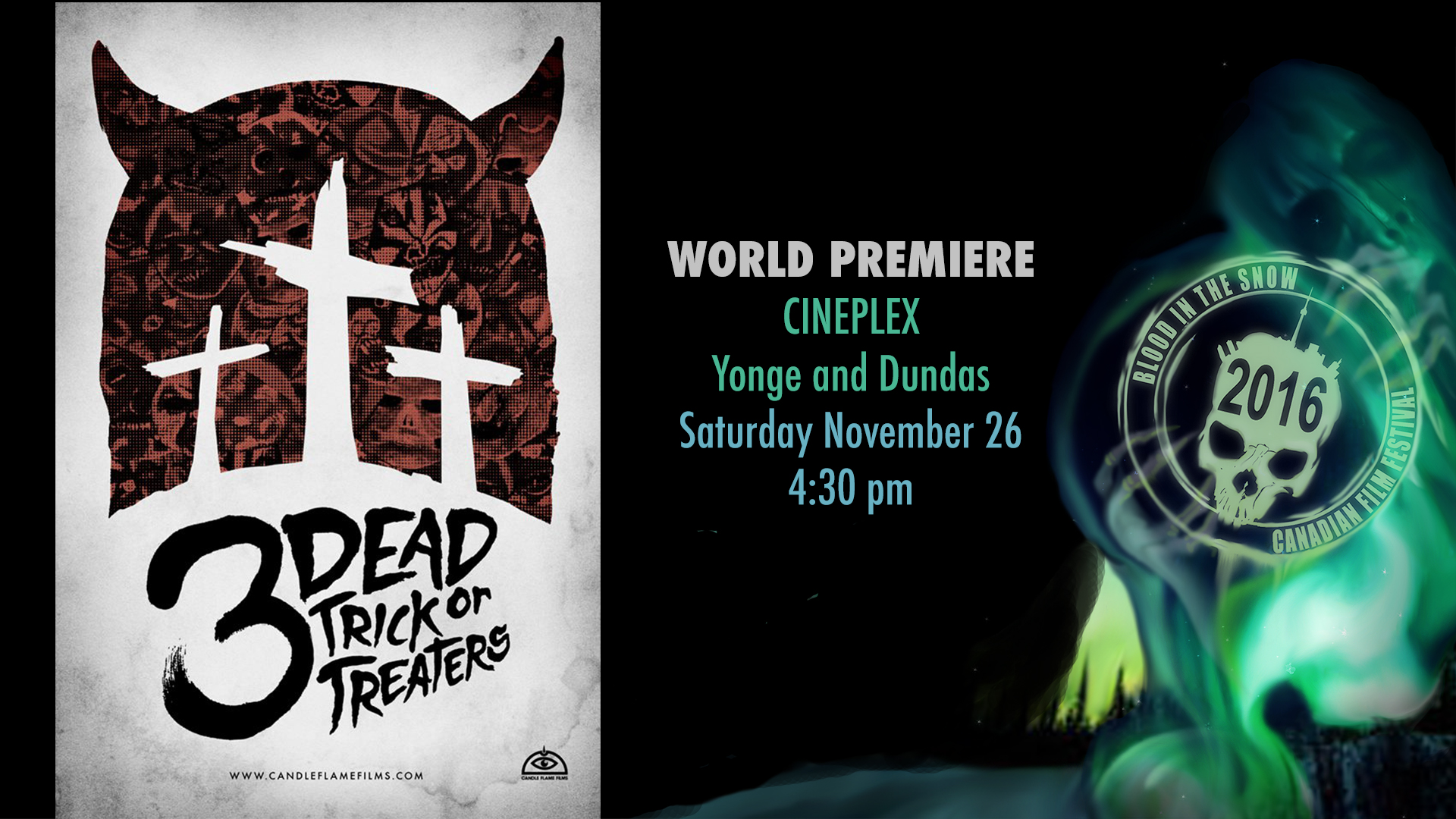 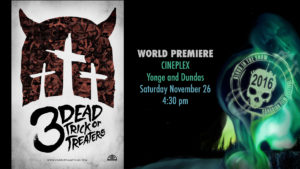 Missing trick or treaters would set any town on edge. And with 3 DEAD TRICK OR TREATERS, with its world premiere at Blood In The Snow, sets us all on edge in a twisted collection of tales. Pieced together by Torin Langen’s short films, we get a unique look at the horror anthology.

SYNOPSIS:
3 DEAD TRICK OR TREATERS is an anthology horror film with a twist, that being that it is completely dialogue free.

WHAT WORKS:
Unlike a traditional silent film, we get the normal soundscape. When a character grunts or screams, we hear it. This allows for the normal sense of dread we get when we hear heightened pulses and deep breathing.

WHAT DOESN’T:
With anthologies of all sorts, a great anthology can be tainted by just one segment. And this can generally be resolved by strategically placing it. You don’t want a story that drags up front, nor do you want it at the end, like is in this case. You want to draw people in, and ensure they aren’t tuned out as they realize that you’re coming close to the closing credits. The final segment was the only one that I felt fell flat, and had it been moved to the 2nd story, it would have left the whole experience feeling less lopsided.

WHY SHOULD YOU SEE 3 DEAD TRICK OR TREATERS?:
While the last segment didn’t do much for me, the rest of the stories, including the wrap around kept me intrigued. And by taking away a reliance on expository dialogue, it forced the actors to truly express themselves physically, allowing for an even more natural performance.