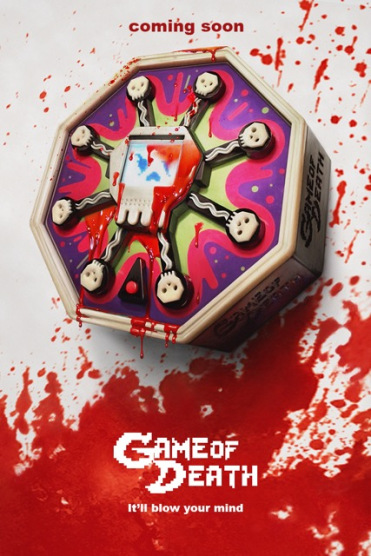 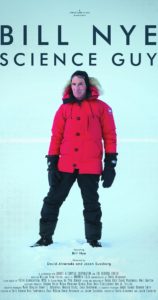 Madre is a Chilean suspense thriller about a woman struggling to care for her autistic son, while pregnant with her second child. This trying situation is made more difficult by the absence of her husband, who is away on business. Through a chance encounter in a grocery store, an elderly woman from the Philippines becomes a care-giver for the autistic child. Although her presence in his life yields great results, the mother begins to suspect that something sinister is taking place. Although derivative (director Aaron Burns cited The Hand That Rocks The Cradle as an influence), there are enough new touches to distinguish the film from its predecessors. It’s well crafted, and I wouldn’t be surprised to see an American version of this film in the next few years.
4 out of 5 (3.5)

Bill Nye: Science Guy is at once uplifting, and very frightening. It follows the pure force of nature that is Bill Nye, and his ongoing endeavor to cultivate critical thought in the youth of America. As CEO of The Planetary Society, he would like to devote more of his energies to the pursuit of space exploration, specifically the “solar sail” that his mentor Carl Sagan imagined decades ago. However, he has to (some would say chooses to) engage with climate change and evolution deniers in an attempt to compete with the level of exposure that they are afforded by certain media outlets. This is a fascinating documentary, and it (unfortunately) could not be more relevant given America’s current socio-political climate.
4 out of 5 (4)

The Honor Farm centers around a group of teenagers taking mushrooms in the woods. The hallucinogenic properties make it difficult for them to know what is real, and what is not. If it was the intention of the director (Karen Skloss) to pass that confusion on to the audience… she succeeded.
1 out of 5 (1)

Game of Death was a midnight screening, and is a good example of the type of film that is usually programmed in that slot. It has an absurd premise, scantily clad teens, and is hyper-violent. A group of friends find an electronic device called Game of Death. After deciding to play (some reluctantly), they place their fingers on the game (per the instructions), and their fingers are pricked. The game absorbs a drop of their blood, then arbitrarily assigns a number (in this case 24) of people that must die. The caveat is that if no one is killed by those playing, then the players themselves will die (in gruesome fashion). At this point the film truly becomes… kill or be killed.
2 out of 5 (2)