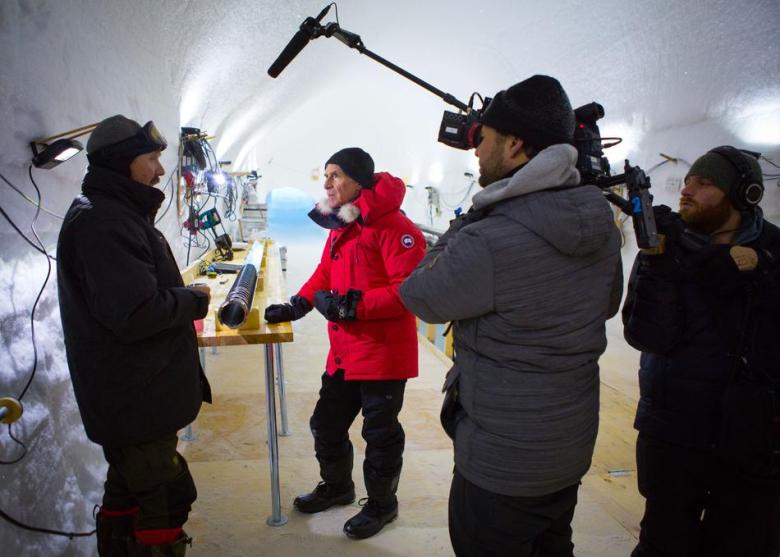 If you were born in the 80s and on, you definitely know who Bill Nye is and watched him in your classroom. Bill Nye was instrumental in our youths and has molded some of us. You don’t have to be a scientist to say Bill changed your life, Bill made most of us ask questions and have an open mind…to everything.

Even if you were an adult around the time that Bill was on the air, you probably knew of his persona and the impact that he had on children. Bill was a true role model for kids and still is to many and even adults.

SXSW premiered the new documentary about Bill called BILL NYE: SCIENCE GUY. Let me start off by saying this documentary is amazing in every way. It’s not too often we have a documentary that covers so much ground in such an informative and invasive way.

We start with the knowledge that most know about Bill and his career leading up to the show and after it. After knowing a little of Bill’s past, the film then dives into a more intimate portrait of Bill and his needs and wants that he is searching for. The main focus of the doc is that Bill is trying to complete a successful run of Solar Sailing that Carl Sagan tried to do back in the day but had a unsuccessful attempt. The cameras roll as Bill takes on the role of CEO for The Planetary Society and debates with climate change non-believers and people that dismiss the validity behind science and the truth that it tells.

It’s not too often we have a documentary that covers past and current events along with a message and middle ground and doesn’t come off biased at all. Of  course this is more of a “pro-science” message but it doesn’t exclude what the non-believers think and the book they live by. Now, if you believe in science it does show them in a somewhat of a negative light but doesn’t exploit or make fun of them (there isn’t a need for that because they kind of do it themselves). I know this might even sound like a message wrapped up in a documentary and it isn’t but it is. It does it in such a way where it’s not very political but informative and just making people aware of the issue regarding climate change and global warming.

BILL NYE: SCIENCE GUY is a breath of fresh air with the world we are living in today. Not only is this an informative documentary but an important one as well.