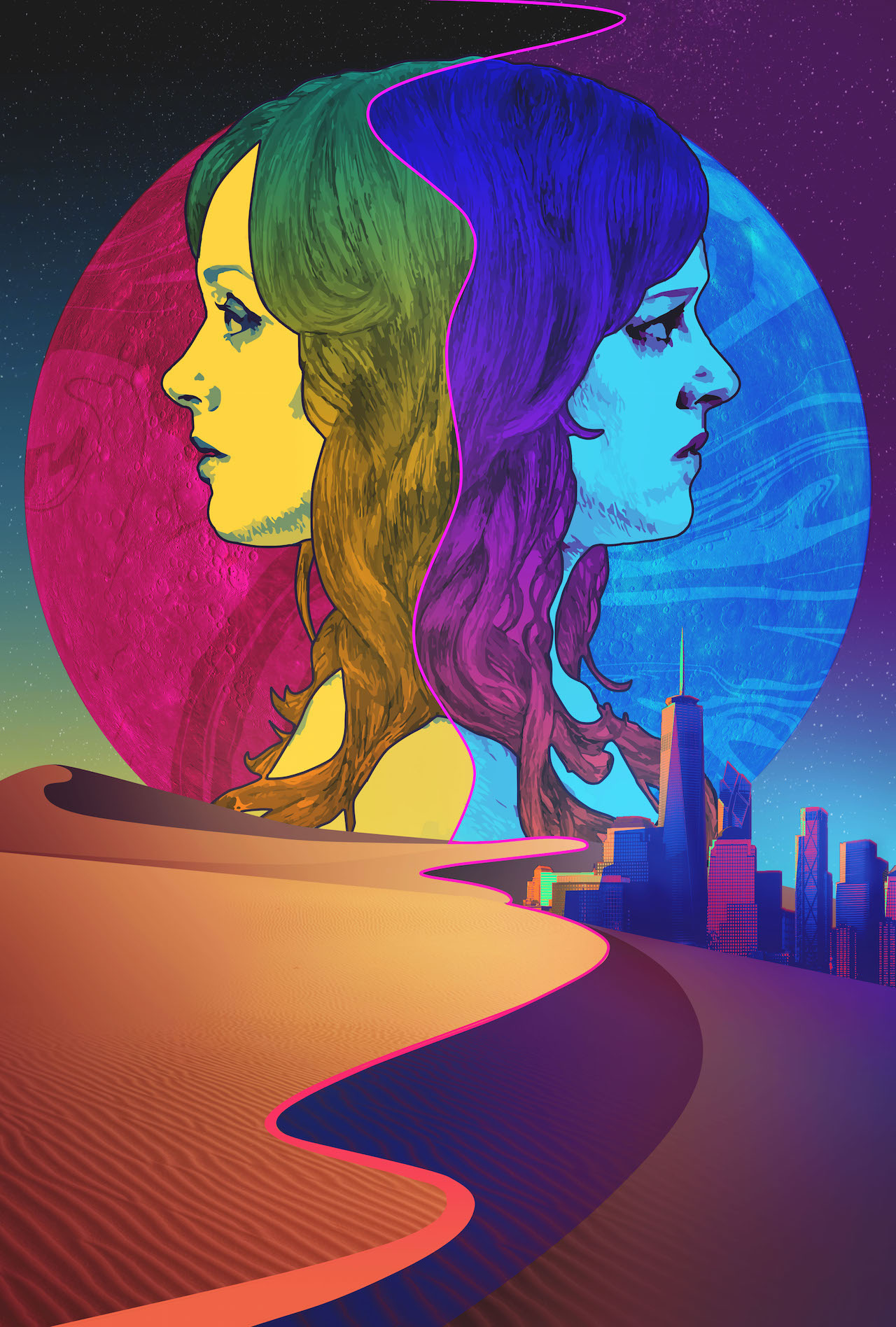 IMITATION GIRL opened the 2nd Annual Philadelphia Unnamed Film Festival, and tickets for the rest of the festival can be found by clicking this link right here.

Stephanie Crawford- “Imitation Girl” gently subverts expectations from its first scene. Knowing nothing about it going in, my mind immediately expected some kind of coming of age story when I saw a young boy with a girlie magazine at the start of the film. Instead, we get a nuanced look at identity, relationships and consequences floating gently on a sci-fi plot that’s more speculative than driving. I’m a big fan of films that don’t tie themselves to one genre, and “Imitation Girl” languidly drags its fingers over as many categories as it needs to tell its story, and it feels effortless the entire time.

Lauren Ashley Carter has been making a unique mark on genre films for a few years now with “Jug Face,” “The Mind’s Eye” and “Darling” to name a few. Her wide eyes convey and reflect emotion and intention in equal measure, and it’s hard thinking of a more suitable actress to play both an adult film star and someone who needs to learn to walk for the first time. In this film, she does everything from speaking Farsi to playing the piano, and I bought and enjoyed every second of it.

A beautiful, sparse soundtrack and gorgeous cinematography help maintain a dreamy quality throughout. It somehow captures that feeling of waking up during twilight after a too-long nap when everything feels raw, disorienting and strange. There’s nothing forced or falsely unusual here: In fact, the naturalistic scenes between lovers and friends are some of the strongest moments. Still, there’s a lovely thread of unrest running through even the quietest scenes. Writer and director Natasha Kermani tapped into something truly original here, and I’m excited to see where her career will take her.

Mike Delaney- I, too, knew nothing about “Imitation Girl” going into it. Like you, Steph, I connected with the dream-state aspects of it immediately. The sparse, haunting score, the long, quiet shots, all blend to create a dream world that we, the audience, are wide awake in. Carter’s performances, both as a woman sleepwalking in her own unfulfilling life and as an “alien” woman learning to connect with humanity, convey quite well the frustration and unfulfillment a waking dream state can bring. Kermani and her director of photography, Travis Tips, utilize symmetry and reflection in their compositions to connect Carter’s two performances across two separate narratives to enhance the waking dream world of the film.

There’s a line late in the film from the pornographer whom Carter performs for, “Most people don’t have the time or energy to think about bringing beauty into the world.” A striking truth taken on its own, but it’s also a plea from the filmmakers to the audience; do better. I connected strongly with Carter’s desire to feel whole, to give something to the world from herself worthwhile. Whether it’s artistic pursuits or human relationships, there’s a drive for Carter to make meaning and beauty from the unknown and ugliness around her.

Kermani and her team (including executive producer and actor/comedian Lewis Black) have used their time and energy to create a striking work of beauty for this world. If you miss “Imitation Girl” at PUFF, please keep it on your radar for future screenings or its inevitable VOD release. It’s an impressive meditation on dreams, identity, and human connection told with stunning visuals and stellar performances.

Mike Delaney is a filmmaker who can be found at @miked_splat