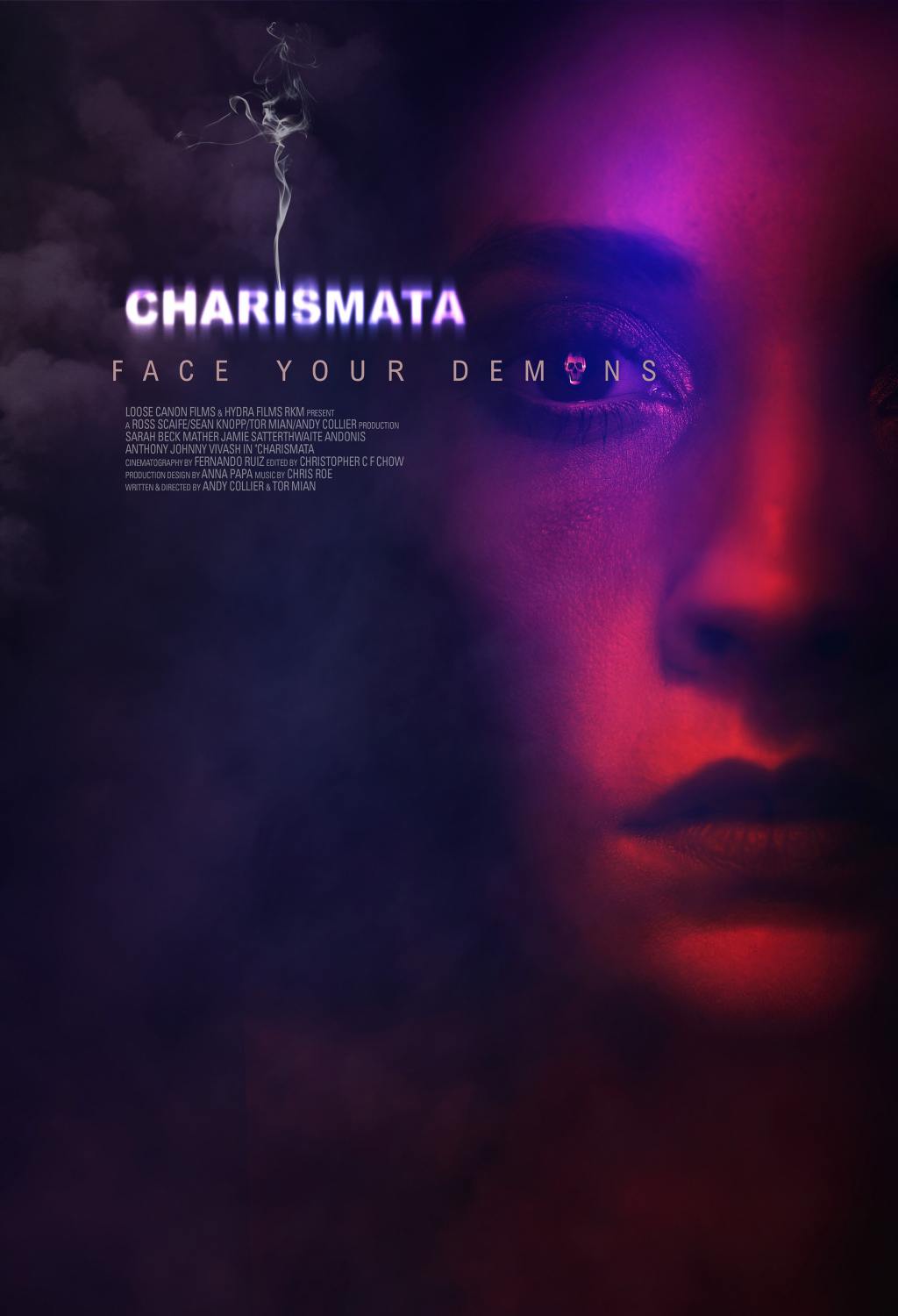 CHARISMATA screened at the 2nd Annual Philadelphia Unnamed Film Festival. Tickets for today’s showings are available by following this link.

Mike Delaney: When Philadelphia Unnamed Film Festival founder Madeleine Koestner appeared on our show at SPLATHOUSE, she described “Charismata” as “Silence of the Lambs-y” and the “scariest” offering of her fest this year. That alone would be enough for me to see it, but there was an additional nugget Madeleine attached to her thoughts that really intrigued me. She, knowing the filmmakers professionally, described the humbleness of the “Charismata” team. To paraphrase, she said she’s ‘not even sure the filmmakers know how great their movie is’ because of the high level of gratitude they show in having it screened for an audience. For me, that’s what film festivals are at their very best; an awesome platform for not just discovering new works, but to really get to know the artists behind them. Madeleine and her PUFF team have been doing outstanding work connecting with filmmakers and building a community around their yearly offerings.

Regarding “Charismata”, the film is a fantastic, twisty procedural. Fernando Ruiz’s cinematography goes a long way to create some crime scene hellscapes that would give Robert Graysmith the heebie-jeebies. Directors Andy Collier and Toor Mian draw nuanced performances out of their leads and work overtime balancing dark humor and horror in their engaging narrative (both directors are also the film’s writers, and here I’m reminded of the work of Scott McGeehee and David Seigel). Featuring a haunting score by Chris Roe, the technical work on “Charismata” is world class.

“Charismata” is strange, engaging, and, as a twist on the familiar police procedural, worth your time as an indie horror fan. For one, I’m excited to re-examine the film with Stephanie’s Bob Hoskins lens (see below.) There is so much going on at every level of this picture that it more than warrants a repeat viewing, particularly to examine the great faces and accents of the cast. I’m not a fancy boy; cockney accents are exotic.

Stephanie Crawford- It’s not often–or ever– that I see a young, beautiful actress and get reminded of Bob Hoskins, but Sarah Beck Mather put me in mind of the talented late actor quite a few times during “Charismata.” As a female police detective, many viewers may assume we’re in for another Clarice Starling with our lead Rebecca Faraway. Instead, we’re firmly sat next to an unreliable protagonist though, while intelligent, is both self-destructive and surrounded by forces that seem hell-bent on helping her tear herself down. She can down a prescription with a bottle of wine without blinking, and we get the sense that this isn’t new territory for her. As she moves deeper into situations that demand self-possession, and we see early on that anything involving self-care is her giant, flashing weak point.

It’s not just our protagonist who’s unreliable: “Charismata” refuses to be easily classifiable. Nightmarish elements clash into the police procedural scenes and humor, dark and otherwise, often make their way into the scenes of gore and mental disturbance. That’s where the cast, and Mather is particular, shine. Just when I thought something might get too humorous, the mood would shift, making me feel as unbalanced and unsure as Faraway. Like Hoskins, she’s able to show the less endearing sides of her personality and still be sympathetically vulnerable. This is not a glamorous career woman juggling it all, and it’s fascinating seeing her mental instability and exhaustion play against her duties and relationships.

“Charismata” is a strange bird, and I think that’s why I liked it so much. Banal realities like visiting the pharmacy are given as much weight as the plot moving set pieces, and as the film starts careening towards its hellish conclusion, those moments are what anchored me when things might have otherwise been a little too outlandish. While some may be alienated by the way the film plays fast and loose with genre, viewers–especially horror fans–craving a bloody twist on the police procedural will find a lot to love.

Mike Delaney is a filmmaker who can be found at @miked_splat