Episode Eight (aka The Black Album) 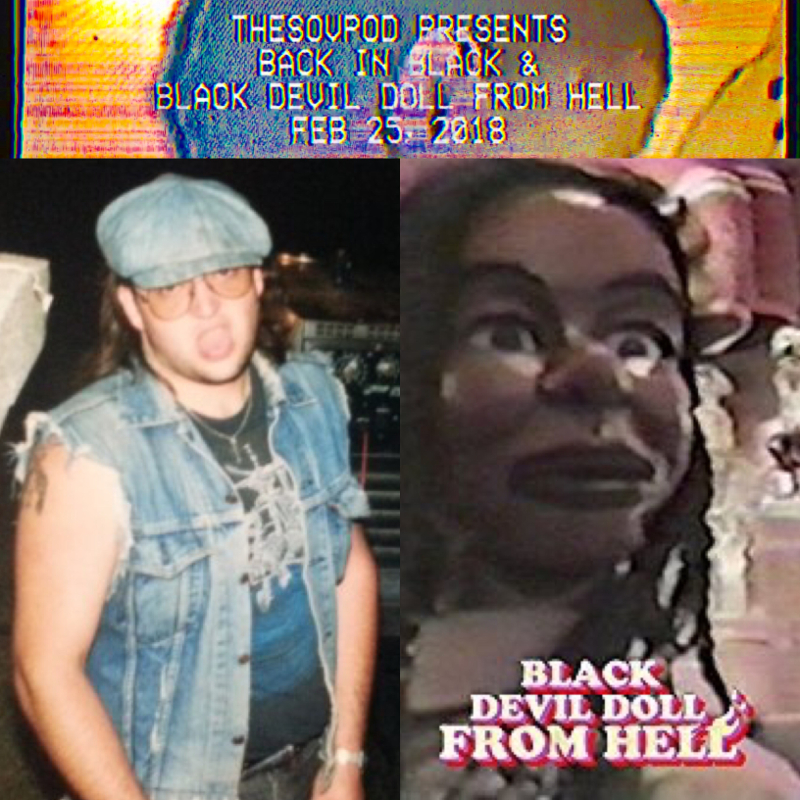 On the EIGHTH video-tastic episode of the show America needs right now: BACK IN BLACK (1993) and BLACK DEVIL DOLL FROM HELL (1984). Both have the word BLACK in their title! Both were shot on video! (and the similarities end there)

BACK IN BLACK –  Two comic book fans embark on an exciting quest after they discover a portal to another dimension.
BLACK DEVIL DOLL FROM HELL –  A woman buys a doll at a magic shop. Unbeknownst to her, the doll is possessed by an evil spirit, and it proceeds to take her over.
Come for the SOV, stay for the RB sammies from Arby’s, do everything we do because we’re good role models…except for the part in the show where we tell you to eat drugs during DEVIL DOLL…that might be ill-advised unless you have the stamina of Iggy Pop.
It’s fun. It always is. PROMISE.
It’s about movies shot on video. Kinda.