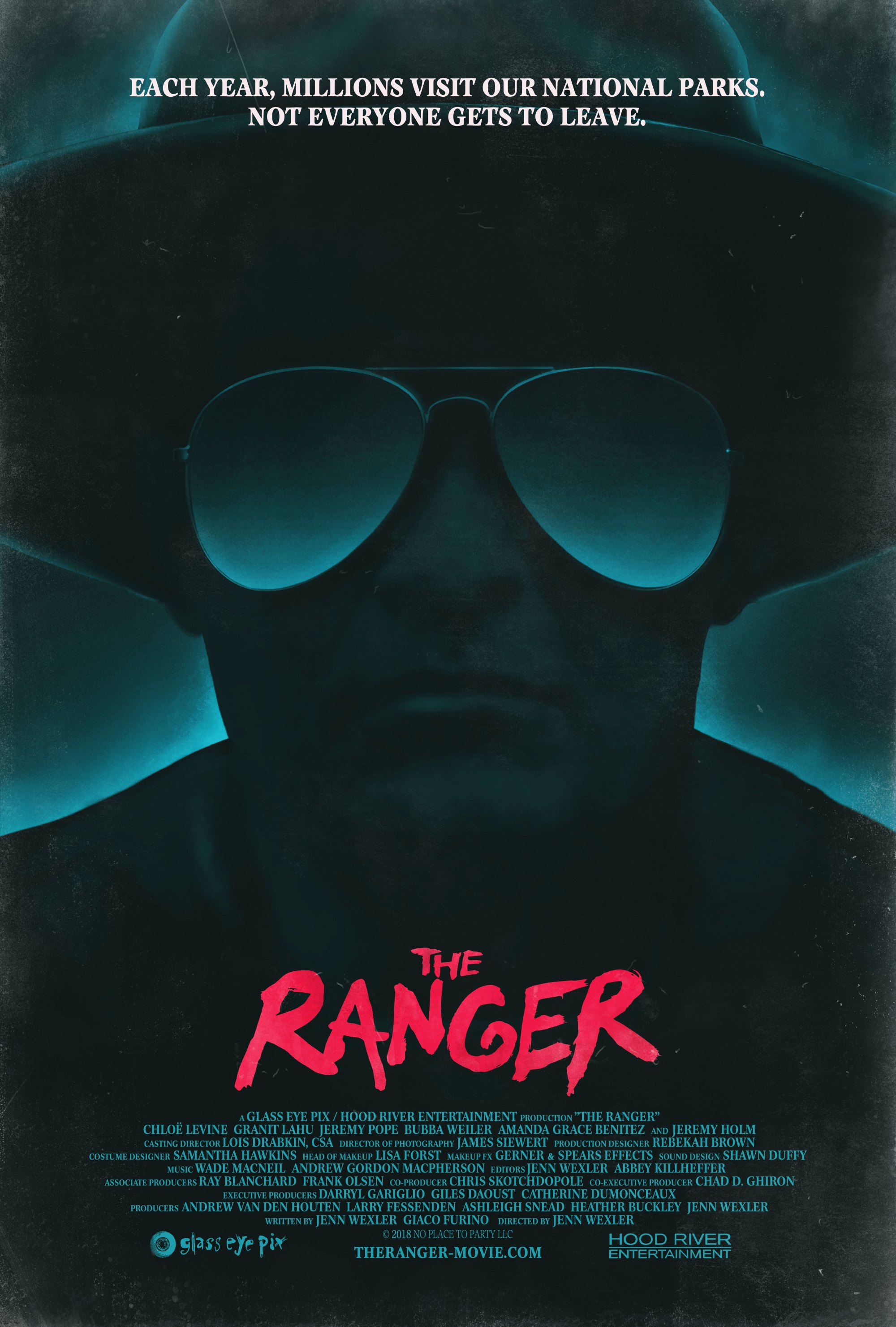 Back at SXSW again covering the film festival for The Screamcast. I’ll be posting brief rundowns, in order seen, of the screenings. I will try not to reveal too much (most of these films have not yet been made available to outside audiences), but rather give a general sense of the films. At SXSW, ballots are issued so that the films can be rated on a scale of one to five. You are unable to give a half point rating (e.g. 3.5), so I’ll be rounding up when applicable. I’ll share my SXSW rating, along with my preferred rating in parentheses.

Weed The People is a doc that is at once both infuriating and inspiring. It covers the use of cannabis in the care of pediatric cancer patients. Fury comes from the catch-22 described in the film where not enough accredited studies have been performed to declare cannabis (to the satisfaction of our government) of use medicinally, but govt. regulated studies can’t be performed while marijuana is still classified as a dangerous, Schedule 1 drug (alongside heroin & LSD). Inspiration comes from the fact that children’s lives are being saved by some wonderful people working in the private sector (e.g. Aunt Zelda’s, a nonprofit collective in California). This film may have been preaching to the choir with me, but I think it’s safe to say that it will change some minds on the subject of medicinal marijuana.

What Keeps You Alive is writer/director Colin Minihan’s new film in which a young married couple are isolated in the woods, and one party turns on the other. It is garnering some attention due to the fact that the couple in this film happen to be same-sex. However, during the Q & A, Minihan revealed that the script originally called for a more traditional male/female pairing. It was only after the actor that the husband role was written for dropped out, that Hannah Emily Anderson was brought in. Put in a difficult spot (two weeks to prepare) she acquits herself well. Equally good is the multi-talented Brittany Allen, who not only co-stars, but also wrote and performed the score. The ladies are the main reason to see this one.

All Square is one of those pleasant surprises that you fall into at film festivals. It’s a modest film that I knew very little about prior to the screening (it’s so nice to see films without having viewed a trailer first). The story follows a small town bookie who is down on his luck. Desperate for a new revenue stream, he finds an untapped resource that he believes he can monetize… betting on little league baseball games. At the center of the film is the relationship between our bookie (a nice turn by Michael Kelly) and the kid he takes under his wing. There are some nice choices that go counter to the direction most films would’ve taken, and also a great supporting performance from Harris Yulin. The film was directed by John Hyams (son of director Peter Hyams), and is definitely worth checking out.

Brother’s Nest is a darkly comic tale of desperation, manipulation, and family dysfunction. It takes place in Australia, and involves two brothers (played by real life brothers Clayton & Shane Jacobsen) going to great lengths to insure that the family inheritance ends up where they feel (especially one of them) it belongs. There are laughs, to be sure, but as the brothers make one bad decision after another, the film takes such a dark turn that things become quite sad. Clayton (who also directed) seems to be going for a Cohen brothers feel, and while that is a lofty goal… he comes pretty close.

Galveston is a film that should’ve been much better, but manages to be less than the sum of its talented parts. Elle Fanning is very good, and Ben Foster is always compelling (though his performance here is nothing we haven’t seen from him before). Foster plays a hired hand for a crime lord (Beau Bridges) in 1988 New Orleans. Things go sideways, and he winds up paired with a young prostitute, both of them trying to outrun their pasts. The film is directed by French actress Melanie Laurent (Inglourious Basterds), and based on a novel by Nic Pizzolatto (True Detective).

Friday’s Child is the new film from A. J. Edwards, and is the low point of the fest so far for me. This is the type of project that gives indie, art house, and festival films a bad name. At times the score is quite good (at one point sounding very similar to the Van Halen instrumental, Cathedral). There is also one interesting choice made in the script, and Jeffrey Wright and Caleb Landry Jones are great as always. That’s about it for the positives.

The Ranger was a festival midnighter, and its premise of punk teens being hunted in the woods certainly seemed like a great way to end the night. Unfortunately, it’s never as fun as it should be. Director Jenn Wexler has a good feel, and I expect to see better things from her going forward. There’s also Chloe Levine. She was a standout at last year’s fest in The Transfiguration, and is the only young performer here worth mentioning. The camera loves her, and I think we’ll be seeing a lot of her. The problem with The Ranger is tone and authenticity (these kids are just not believable as punks).

The Legacy of a Whitetail Deer Hunter is the new Jody Hill/Danny McBride collaboration. It starts strong but runs out of steam before too long. Josh Brolin is well cast as the star of a hunting show aimed at red state America. McBride gets some laughs, but seems to be doing his own thing (as always) even if it’s at odds with the scene he’s working within. Less successful is Montana Jordan who plays Buck’s young son. A funnier, more charismatic kid would’ve gone a long way toward making this a better movie. There are some cringe inducing scenes given how the NRA is currently viewed by most of the country, but give it a chance… there are some laughs here. 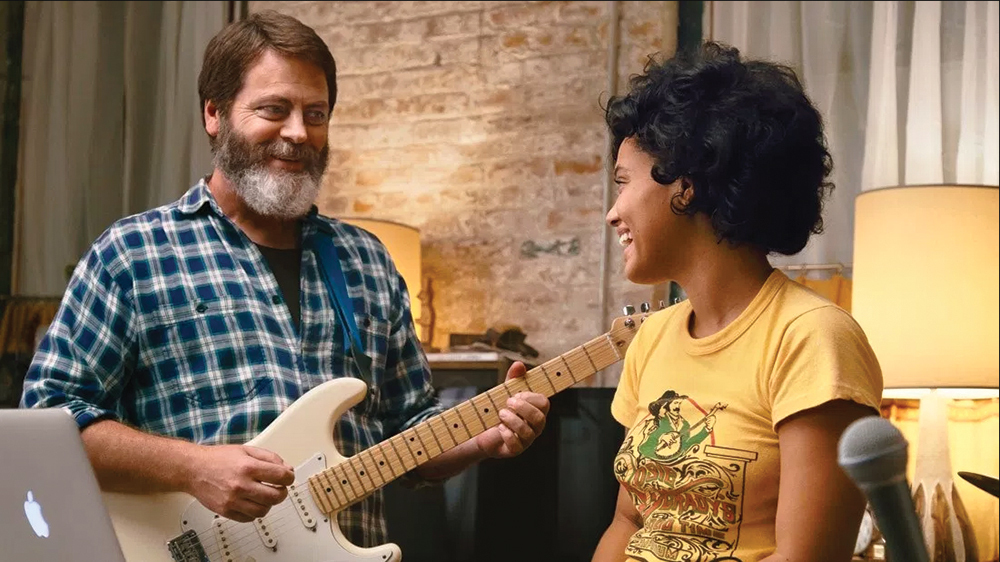 Hearts Beat Loud is a charming new film from Brett Haley, the director of last year’s Hero. It stars Nick Offerman as a single father trying to stay relevant in his daughter’s life, at a time when she’s ready to spread her wings. The two characters have a “jam session” that turns into a real musical opportunity, but the timing is bad… kiddo’s just about to leave for UCLA (the film takes place in Red Hook, NY). Offerman and the rest of the cast (including Ted Danson and Toni Collette) are great, but the revelation here is (Kiersey Clemons). In what should be a star making performance, she lights up the screen, and proves to be a true double threat (she’s very musically gifted). The songs are great (crucial), and something else that I loved about this film is that it approaches topics such as bi-racial relationships, and homosexuality as completely commonplace and not even worthy of an expository line of dialogue. That’s refreshing.

With Don’t Leave Home, director Michael Tully has crafted a deliberately old fashioned horror film. It takes place in modern day Ireland, but concerns the disappearance of a young girl in 1986. The story examines the nexus of art, religion, and the supernatural. Tully gets much of the feel right, and the manner in which the young girl disappeared is fascinating, unfortunately the script doesn’t seem fully formed, and the performances are solid, but unspectacular.