The Ladies Club Meets In The Graveyard By The Forest 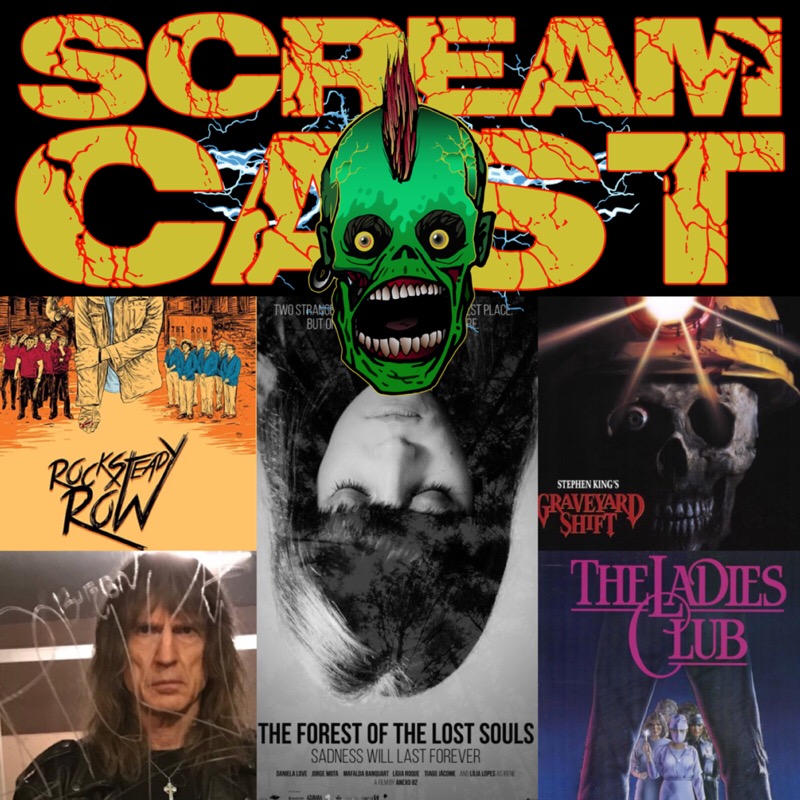 Stephanie Crawford and Brad Henderson join Sean Duregger for an epic 3-hour opus! After a ridiculously long “What’s On Your Doorstep” segment, Tom McLoughlin (mime-turned-director of ONE DARK NIGHT and JASON LIVES: FRIDAY THE 13TH PART VI) joins us to discuss his career and Trevor Stevens‘ new film ROCK STEADY ROW. Then, the gang turns to discuss THE LADIES CLUB (1986), GRAVEYARD SHIFT (1990) and Wild Eye’s latest release THE FOREST OF THE LOST SOULS (2018).

Rock Steady Row is being shown at small screenings and festivals. Find out if it is playing near you by visiting www.rocksteadyuniversity.com.

A support group for rape victims turns the tables when its members decide to exact vigilante-style revenge on sex offenders who are let off by the court system.

Available on VHS Only, BUT can be found uploaded to YouTube and Archive.org. We’d love to see this restored and release. on Blu-ray.

Loosely based on the Stephen King novel, this thriller is about a man working the graveyard shift in a rat-infested textile mill. He begins to find remnants of the bodies of missing workers and discovers that a murderous monster lurks beneath the building.

Available on DVD and Streaming in HD.

Two strangers meet in a forest notorious for suicides and decide to learn more about each other. Soon it becomes clear that one of them is there for a much more disturbing reason, and is actually a psychotic killer there to prey upon others and end their sorrow for them.

Help support The Screamcast and become a member of Club Scum at www.patreon.com/scream_cast.