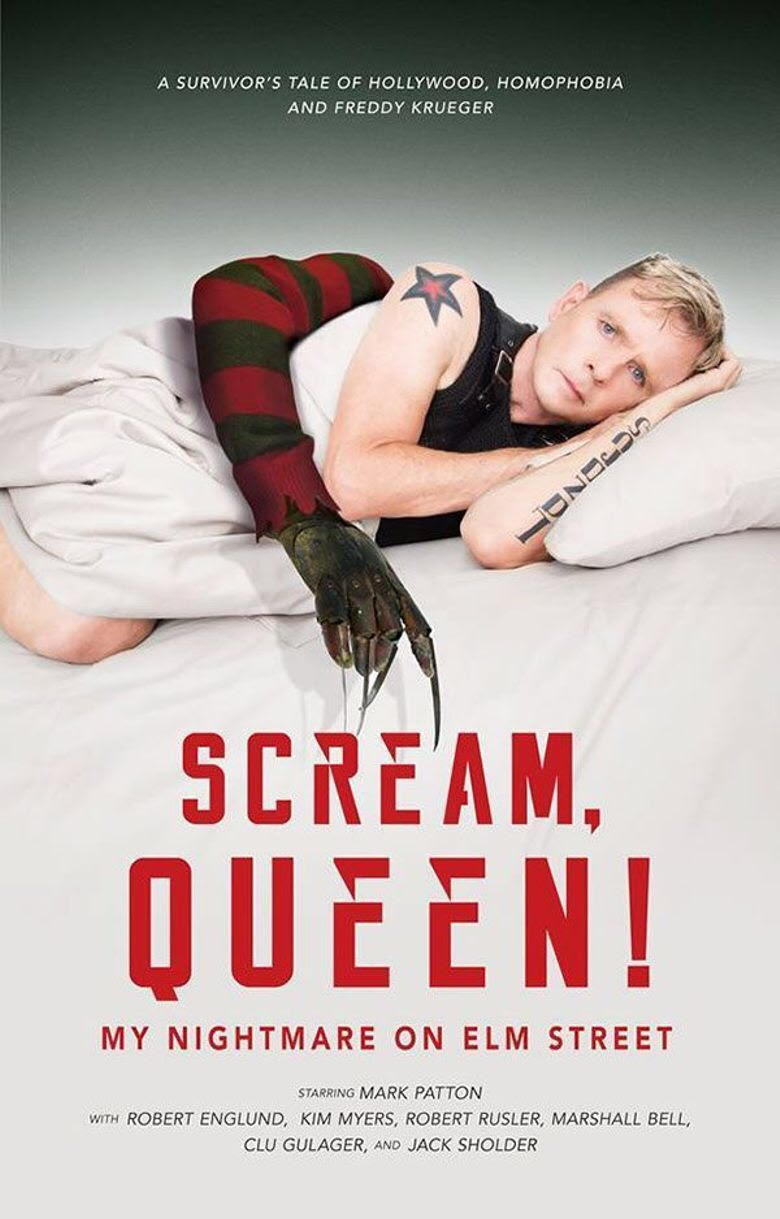 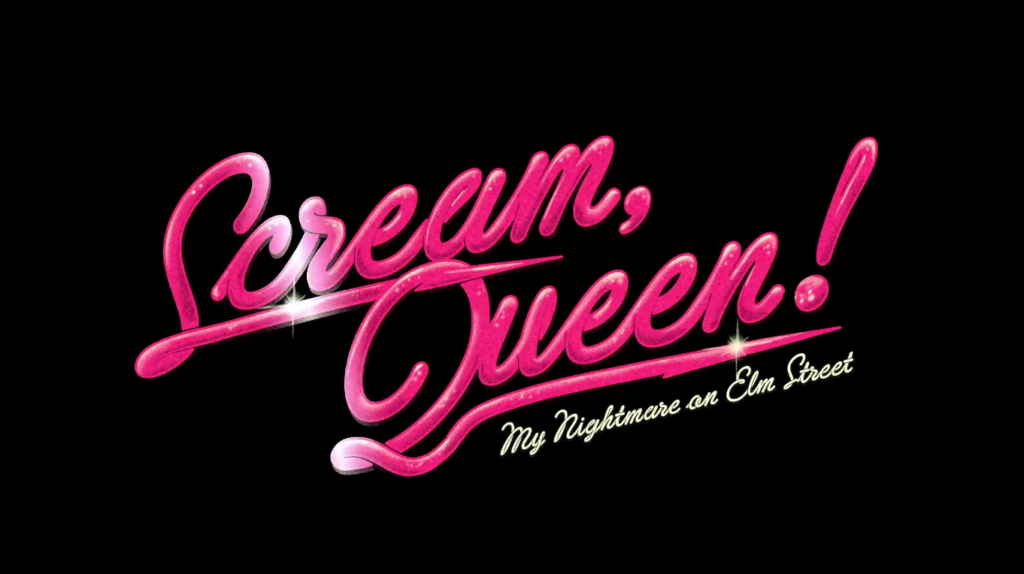 Much like HALLOWEEN III: SEASON OF THE WITCH, A NIGHTMARE ON ELM STREET 2: FREDDY’S REVENGE is an entry in a horror franchise that was deeply maligned (though successful at the box office) upon its original release date but found a solid and vocal fanbase in ensuing generations of horror fans. Frankly, with an exploding bird and Clu Gulagher playing hell’s pastel suburban dad, how could it not? Still, what sets FREDDY’S REVENGE apart is its ties to the queer community, with a story that works better as a—you guessed it—nightmarish look at the chaos of coming into your sexuality as a teenager than it does a true-to-the-original Freddy Krueger story.

Straight folk who aren’t culture writers or deep into the horror community may have missed this (not so sub) text the first round can thank two factors for bringing this to light in the modern mainstream pop culture discussion: the wonderful and exhaustive NEVER SLEEP AGAIN: THE ELM STREET LEGACY documentary from 2010, and the fact that, when this movie comes up in social media and conversation, the queer angle is what’s focused on, and the only time ol’ scissor fingers gets mentioned is when its pointed out that he never should have left the dreamscape, and that one scene where he claws his way out of a guy’s body was pretty damn brutal.

Now we’re treated to what will most likely be the final major word on the subject: SCREAM, QUEEN! MY NIGHTMARE ON ELM STREET is a documentary from Tyler Jensen and Roman Chimienti that uses the sequel to tell the story of actor Mark Patton’s life and career alongside how Hollywood’s attitude towards homosexuality changed drastically right as his star began to rise. Jensen and Chimienti’s documentary assumes the viewer has seen FREDDY’S REVENGE at least once, and while the film is given plenty of loving footage from adoring fans and talented drag performers inspired by the movie, this isn’t a making-of piece. It’s a rare entertainment documentary that’s made for fans just as much as it has socio-cultural value to people who aren’t even particularly interested in horror films. 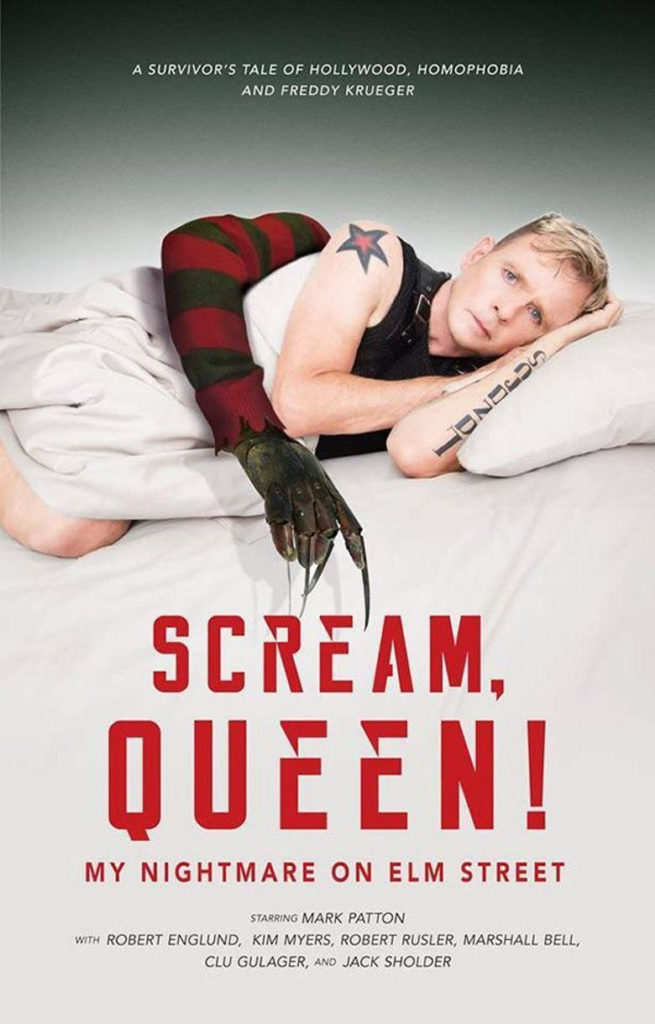 Mark Patton starred as sensitive teen Jesse Walsh in 1985’s sequel to the powerhouse A NIGHTMARE ON ELM STREET, and he came to the role fresh in his career but with an already impressive burgeoning pedigree tied to him. Coming off of a Broadway triumph with Robert Altman, Patton moved to Los Angeles and quickly began scooping up solid television guest roles and seriously dating one of Hollywood’s hottest young hunks, actor Timothy Patrick Murphy. Patton had a tumultuous childhood where he was forced to grow up too fast before he was forced out, so the glittering, welcoming days of early ’80s Hollywood were a perfect new home for a young, attractive gay man. As Robert Englund puts it, it was a “don’t ask, don’t tell” lifestyle for absolutely everyone there, but in the most optimistic, accepting way imaginable⁠.

What should have been Patton’s biggest break instead became a dark turning point in not just his life, but also his career. His lover was diagnosed with HIV as the outbreak exploded, changing Hollywood’s seemingly endless “live and let love” attitude to almost instant rampant homophobia from former “allies” that extended to actors being forced to take blood tests before they could be hired for a role. Faced with personal tragedy after his lover died of AIDS at the age of 29, a professional field that went from encouraging acceptance to labeling him as a character actor who couldn’t “play straight,” Patton left Hollywood, now HIV positive, to start a new life. 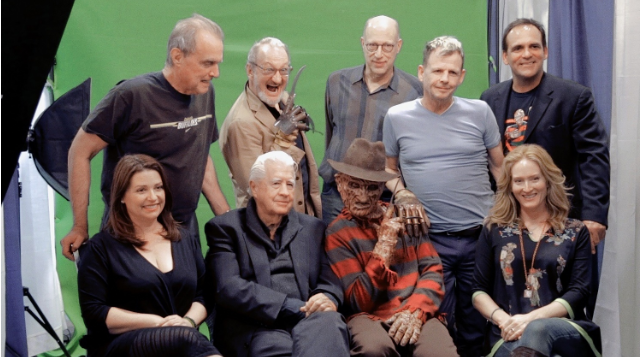 From his childhood background to his Hollywood nights to his sunny days as a married man enjoying a successful artist’s lifestyle in Mexico, we’re shown that a full life is as cruel as it is beautiful, and Patton has been living it to the hilt with hard-won, graceful patience I found almost superhuman. Mixing classic talking-head interviews with Patton with footage of him revisiting the landmarks on his life, this is a deeply personal documentary that has a natural rhythm in keeping the viewer invested while also throwing us fun moments from the horror fan lifestyle with his former castmates and other celebrity interviews and really fun convention footage.

SCREAM, QUEEN! has one minor flaw, in that it gives the viewer a half-hearted crux to focus on that’s couched in a supposedly heated showdown between two of the film’s creatives. It’s Patton’s goal to confront screenwriter David Chaskin to get him to admit that he did indeed write the script to be laden with homoerotic themes, a charge Chaskin’s denied since the film’s release, even pinning the movie’s queer reputation on the fact that Patton’s homosexuality colored what happened in certain scenes in the film. It’s a juicy and intriguing focal point that’s further sharpened by Patton’s sincere need for closure on the issue; his shaking hurt at how disenfranchised he’s felt for about half his life on this issue is palpable, especially when he mentions how Chaskin’s stance on that has softened in more recent interviews now that “it’s more interesting.”

I won’t detail what happens when they finally do sit down together, because documentaries have spoilers in the emotional realm rather than plot, and this journey earned every moment of the audience’s regard, but the build-up should have been moved a little bit less on this specific encounter when moments like director Jack Sholder (good-naturedly but wrong-headedly) telling Patton that he should basically “move on with his life” made me feel like I was getting punched in the gut. SCREAM, QUEEN! does such a wonderful job coloring the pain and triumph that Patton both survived and thrived in that every little emotional betrayal makes you want to immediately take up a sword for the guy.

“Mark Patton was the Greta Garbo of horror.” That’s a great set-up for a documentary, and I’m happy that SCREAM, QUEEN! proved that the humanity behind a mystery is often more fascinating than rumors and suppositions. This was a much more emotional ride than I anticipated, and fans hoping for a straightforward focus on the Freddy film might feel short-changed. However, for anyone who knows that the horror genre—including its creatives and fans—contains multitudes, this is an engaging look at the hell that risk-takers often live through while the ticket buyers are only focusing on whether something is canon or not. SCREAM, QUEEN! is as challenging as it is loving, and it shouldn’t be missed.