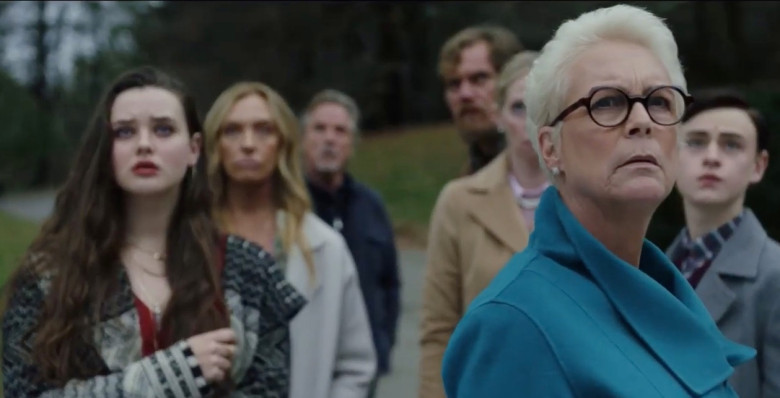 The new batch of mini-Fantastic Fest reviews! As before, these are 2019 releases unless otherwise noted and spoiler-free. 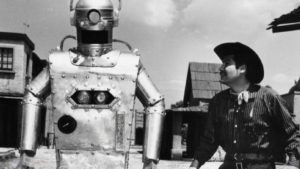 The Ship of Monsters (1960) Directed by Rogelio A. González, written by José María Fernández Unsáin. From Mexico.

There’s a part of me that hates saying one of my favorite movies and experiences out of the fest were thanks to a movie from 1960, but a bigger part of me wants to be square and honest with you kids. The Ship of Monsters almost sounds like a Stefon Saturday Night Live sketch come to life: It has aliens, vampire bat ladies, sassy robots, amorous jukeboxes, and a charming pathological liar of a gaucho. It’s also very much ahead of its time when it comes to being self-aware, with whip-smart dialogue and genuinely funny lines that audiences will always laugh with and not at. Bonus: It was very progressive with taking a firm stance on consent, too! I’m now dying for this to come out on Blu-ray, especially if it happens to come in a beautiful box set with other Mexican genre films of the same time period. 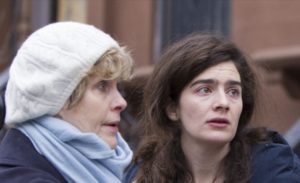 Director Stewart Thorndike (who has my weakness of being a woman with a traditionally masculine name: I have no idea why I love those so much) was in the middle of a crumbling relationship with one of the stars of this film during the making of this film. Even before finding that out during the Q&A, it’s something I’d suspect. Lyle, originally conceived of as a web series before being turned into a feature to make the horror pacing more effective, has been labeled “a lesbian Rosemary’s Baby.” While it’s not an inaccurate comparison, it takes that concept and makes it its own, especially when it comes to being an incredibly raw look at what happens to a couple when the very core of their family structure is corroded. This is a low budget film that’s very limited with its shooting locations, but it uses that to tighten the screws on the building instability that the pregnant Leah is experiencing. As a big Gaby Hoffmann fan, this was a treat and made me want even more of her. There’s also a surprise Michael Che in here! 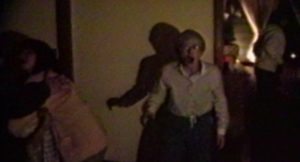 Apparently notorious in the UFO community as UFO Abduction, The McPherson Tape has had a long, strange trip as a notorious shot-on-video movie that was sometimes considered real but always considered entertaining⁠—and boy is it. The actors are incredibly believable (including the little girl, whose desire to focus more on her birthday cake than whatever unexplained phenomena her dad and uncles saw in the woods rings relatable and true), and paired with being what’s probably the first film completely sold as “found footage” without any other framing device, this was a real treat to see on the big screen. While it has a lot of sweetness and goofiness to it, it does a great job at building suspense and making you feel like you’re part of the panicked family getting ushered from room to room. 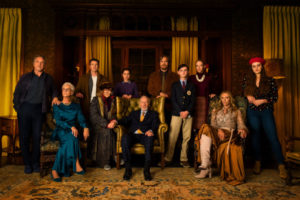 Knives Out Written and directed by Rian Johnson

Based on the trailer, a lot of people have assumed Knives Out is a lot like Clue. It’s not. The star-studded ensemble cast is used to great effect, sure, but they’re utilized much more sparingly than the trailer leads viewers to believe. Mostly, the sparkling gang orbits the nurse, Marta Cabrera (Ana de Armas), of the dearly departed wealthy mystery writer, Harlan Thrombey (played with warm-hearted relish by Christopher Plummer.) The majority of the film is a fun, bumbling race with her and Daniel Craig’s celebrity investigator, Detective Benoit Blanc, who run around in circles on a razor’s edge made of secrets and misleading evidence. We’re given MacGuffins, red herrings, Rashomoning, backstabbings, and two-timings that make the best cozy mystery stories so delicious. Knives Out is a lot of fun, and it’s much more like a hot toddy on a cold winter’s evening than an acidic indictment on privilege. There are jabs at racists and the establishment, sure, but it’s handled with the same amount of comedic weight as the physical comedy bits and Chris Evans’ saucy barbs. 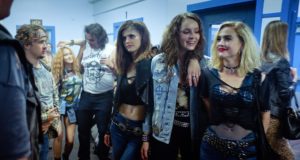 We Summon the Darkness Directed by Marc Meyers, written by Alan Trezza

You’ve seen this movie before. In the past few years, there’s been a subgenre of comedic horror that’s leaned towards being polished, snarky, action-heavy, and equally loving and judgemental to nostalgia towards the 1980s and 1990s. We Summon the Darkness opens on the road with Alexis (Alexandra Daddario, who’s by far having the most fun in the film), Val (Maddie Hasson) and Bev (Amy Forsyth) on their way to a metal show. Once there, they meet three apparently burned-out dudes in a van (Keean Johnson, Logan Miller and Austin Swift.) Despite the young women being a bit out of their league, they invite the boys to a giant vacation home owned by Alexis’ dad. From there, the plot kicks into gear as the ritualistic murders mentioned earlier in the movie come into play and chaos ensues. The movie has some really funny scenes, great energy, and Daddario and Hasson play their roles with the kind of unhinged physical comedic enthusiasm that’s usually given to male actors: Sincerely, Madeline Kahn would be proud. Still, it’s predictable and feels a bit empty, but once it hits streaming and you have a few drinks with a few friends, you’ll probably have a great time.