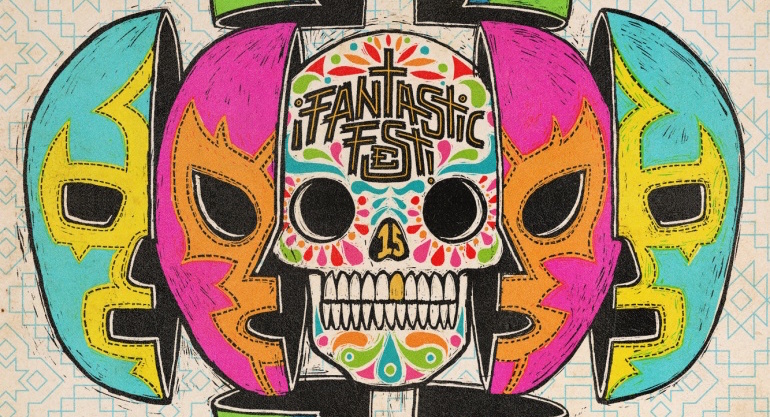 As noted in my Fantastic Fest first half recap, the festival is split in two and I’ve highlighted a handful of films in each half worthy of your attention. Below are just a few of the films I saw in the second half but stood out and really made an impact. There are no spoilers but hopefully enough to encourage you to seek them out when available. 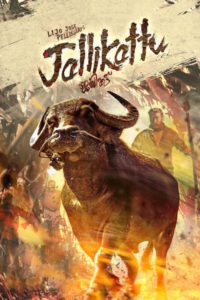 Jallikattu is a marvel of filmmaking that engrosses the audience in this feverish maddening chase through the jungle for a runaway bull. Camera work and sound design are exceptional and puts the viewer in the middle of the mayhem. What begins as a simple dilemma (a bull escapes!) quickly spirals into an army of villagers in lethal pursuit of the animal that manages to elude them at every turn. The primal nature of men builds for an intense thriller. This is a premise that on paper shouldn’t work yet it does and is executed with aplomb. Pellissery’s direction is confident and engaging; he rarely pauses the action yet does so to allow the story to breathe before resuming the hunt. However, Jallikattu is an achievement that will leave the viewer breathless by the end. 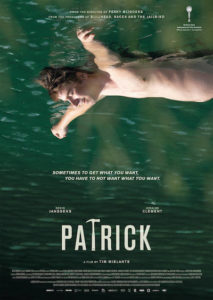 This is the kind of cinema that recalls programming from festivals past, i.e. the movie you wouldn’t find anywhere else. The titular character Patrick is a handyman and dabbles in chair design, building quality pieces in his workshop. He’s also the son of an elderly couple who operate a nudist camp. One day he notices a prized hammer missing from his collection, which sends him on desperate mission to find it. This snowballs into an awkward drama of deceit and self-doubt as Patrick confronts his own fears after the loss of his father. The film works as a dry comedy as much as it’s a crime-mystery with underpinnings of campground politics. Patrick is also a soul-searching endeavor where the misplaced hammer becomes a metaphor for much more. In a movie where nearly every character is nude, the story is buoyed by the performances and interactions. Charming, funny, poignant and unlike anything else you’ve seen. 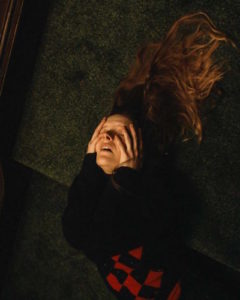 To be honest this film wasn’t on my radar going into the fest. After chatting with a few attendees who caught it during the first half I made the wise decision to update my schedule. Saint Maud probably had the greatest affect on me at Fantastic Fest and the one I’ve thought about the most since the fest ended. It begins as this loose religious spin on Sunset Blvd. then transforms into a contortion of past and present, a duality of the main character, Maud, who she was and wants to be. She struggles with what she believes to right and pious yet succumbs to her lesser self that teeters between dissolute behavior and demonic possession. Being intentionally vague here because Saint Maud is a psychological thriller I want people to experience. It has such indelible imagery and ideas that really pack a wallop by the final scene.

The Platform is the Spanish indie film that garnered decent buzz during its TIFF premiere. Therefore my anticipation was high going into it; even though this film was nothing like I had imagined, it still exceeded my expectations. The dystopian premise is so simple yet one can’t help admire that simplicity when it’s this accomplished. In its purest sense, a platform descends a multi-tiered tower bringing elegantly prepared dishes to its occupants (volunteers, prisoners, test subjects, etc.) then quickly ascends upon reaching the bottom floors. Each level only gets the platform for a few minutes before it lowers to the next level leaving less and less food as it goes. As an edict deriding classism, social constructs and humanity, it’s effective in breaking it all down into this basic experiment pitting humans against each other. It’s ruthless, violent and visually astonishing. The Platform is science fiction that escalates into survival horror and such an impressive feature film debut by Galder Gaztelu-Urrutia on a micro-budget. Netflix picked this up so look for it there especially if you enjoy films like Cube.

Other notable films seen during the second half:

The Pool (2018, dir. Ping Lumpraploeng, Thailand)
A man, a pool, a crocodile, oh my! This dark comedy/thriller from Thailand is a great example of doing a lot with very little. Set in one location, an isolated empty swimming pool, with a real threat, Ping Lumpraploeng directs the heck out of this with unrelenting intensity as one mishap leads to greater misfortune. When you hear about “crowd movies” this is one of those flicks; everyone in audience screaming or laughing at all the right moments. See it with a crowd!

The Other Lamb (2019, dir. Małgorzata Szumowska, Ireland/Belgium)
Sobering tale of a cult of all women led by a Christ-like wannabe, who enforces his own oppressive rules on his flock. When one young woman begins to question his methods is when things begin to go awry. Director Malgorzata Szumowska brings a nuanced touch in depicting this dangerous plight and the destructive nature of blind devotion and idolization. Very good film that unfortunately feels quite timely.

Nail in the Coffin: The Fall and Rise of Vampiro (2019, dir. Michael Paszt, Canada/Mexico)
Entertaining documentary on pro-wrestler Vampiro (Ian Hodgkinson) with a warm and earnest approach to the material. Fans of Lucha Libre/pro-wrestling will love this but it’s so much more than that and such a remarkable story. The history of Vampiro is a trip (Montreal mafia? Milli Vanilli?!) but how he’s remained relevant despite all he’s been through and still can’t leave the ring is something else. His relationship with his daughter is the real treasure.

The Deeper You Dig (2019, dir. John Adams & Toby Poser, United States)
Want to give a shout out to this family-produced supernatural film set in upstate New York during the winter. This homegrown effort makes the best use out of its environment that adds an extra layer of chills to this ghost story where a distraught mother searches for her missing daughter. The mother is also one of the directors and that’s her real daughter in the movie! Nice little feature for their first venture in genre filmmaking. Hope they do more.

That’s a wrap on some of my favorites from Fantastic Fest 2019. For more festival coverage, hit the links here and check out Stephanie Crawford’s posts under reviews.