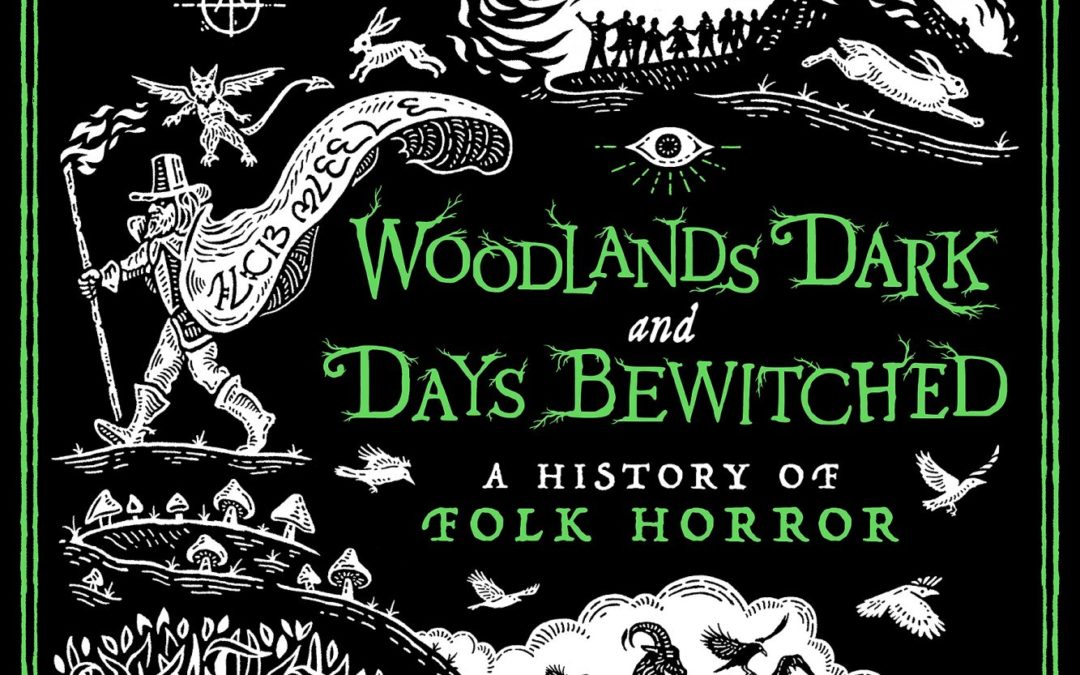 Directed, written, and produced by film scholar Kier-La Janisse (founder of The Miskatonic Institute of Horror Studies and author of a stack of essential film books, including “House of Psychotic Women: An Autobiographical Topography of Female Neurosis in Horror and Exploitation Films” (2012)), WOODLANDS DARK AND DAYS BEWITCHED: A HISTORY OF FOLK HORROR keeps a wonderful balance of an approachable, passionate enthusiasm for the films and surrounding history while letting diverse academic voices use their expertise to make sure the viewer can see the forest for the trees through the more complex sociocultural bramble.

Since England is often considered the progenitor of the “folk horror” labeling Western viewers tend to be more familiar with, its perspective is given the head seat at the table. The film welcomes the viewer in with the marquee names many horror fans will be familiar with (WITCHFINDER GENERAL, THE BLOOD ON SATAN’S CLAW, THE WICKER MAN) before being led to the United States’ take, from New England’s well-documented horrors, the erasure of Native Americans’ voices to Southern gothic storytelling and voodoo and hoodoo’s portrayal on-screen.

Throughout well-organized sections, folk horror goes international with stops to look at how the genre is handled in Poland, Mexico, Japan, Australia, Brazil, Mexico, Russia, the Philippines, and more. While the film stays focused on cinema, the forays into the historical events that shaped artistic output are fascinating and in-depth while the pace stays impossibly snappy, giving the viewer just enough of an introduction and background so they can dive in themselves.

The tenacity of this subgenre’s approach to horror is what especially shines throughout the runtime. Put into (very entertaining) context, it’s clear that folktales will likely never lose their power over people. Folk horror can pick and choose among a grim field to tell its tales that includes religious fervor and terror, ignorance, poverty, isolation, perversions of environment, persecution against “The Other,” envy, community power struggles, mental illness and disease, among many more. There’s rarely a gloss to these films, giving an aura of authenticity that powers the ever-present danger that comes from either completely forgetting from where we came or fervently, blindly worshipping the past.

No matter how far down “folk horror” is on your list of favorite subgenres, you’ll want to see this film. It’s a celebration of the importance of storytelling when it comes to understanding our history and the vagaries and vulgarities of our societies. At just over three hours in length, I could have easily watched three hours more. The editing is brilliant and the soundtrack gives an effectively subtle atmosphere to the footage. WOODLANDS DARK AND DAYS BEWITCHED: A HISTORY OF FOLK HORROR may just be nature’s perfect horror film documentary. The amount of ground covered here will satisfy diehard and novice fans alike while the well-chosen clips and a bevy of enthusiastic interviews combine into a perfect primer to get neophytes through the dark woods of a fascinating genre.

As an added bonus, chances are good that you’ll walk away from WOODLANDS DARK AND DAYS BEWITCHED with a “to watch” list that will be as sizeable as it is unusual.