Women In Horror Month: Kristi Ray Speaks Up About Women, Film, and Horror! 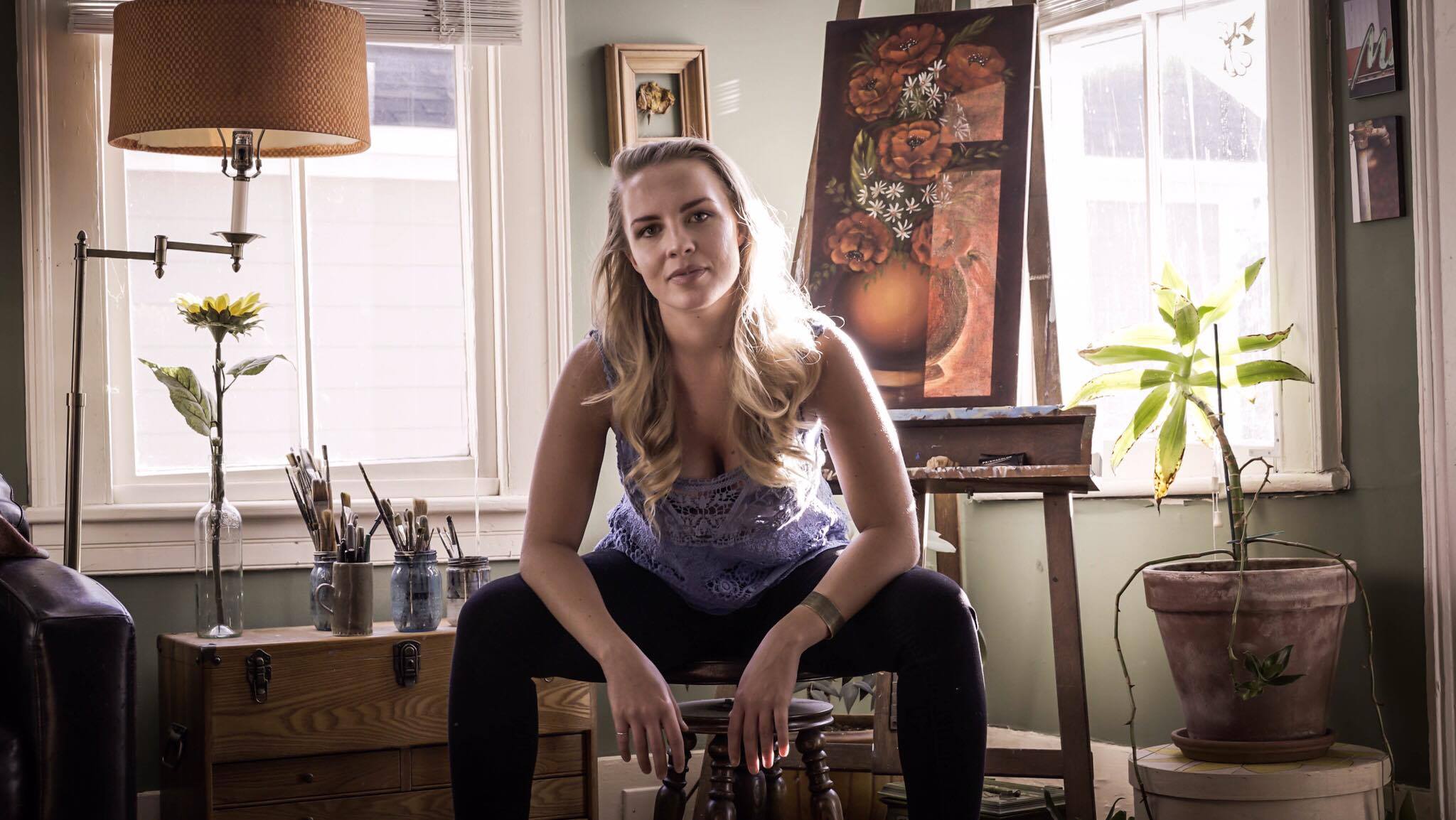 Kristi Ray stopped by The ScreamCast to write a few words about Women In Horror, conventions, film, horror, and film geeks! 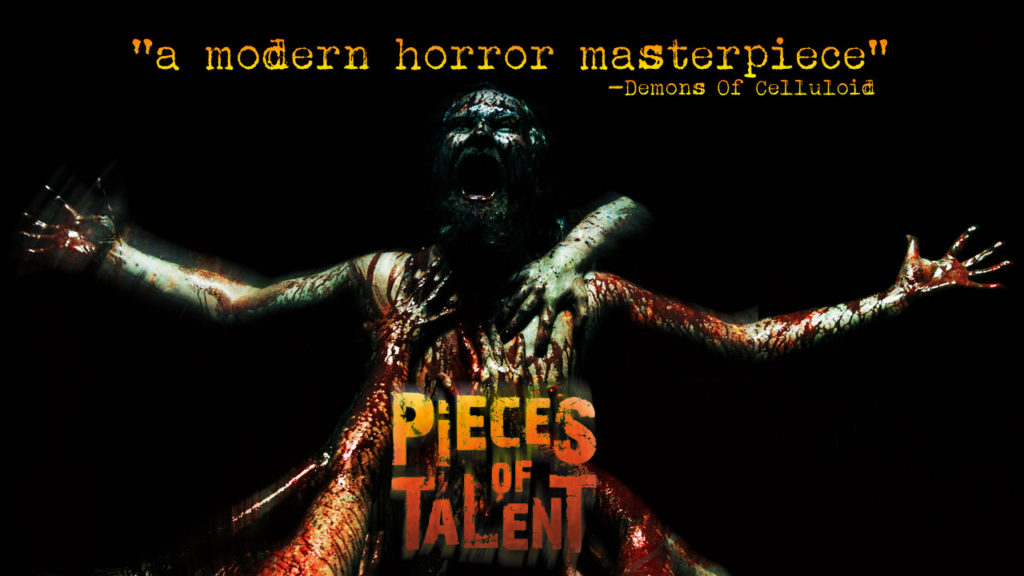 A few years ago, I was an outsider not knowing what to expect when I answered a creepy Craigslist casting call from David Long for the female lead in a little indie horror flick called Pieces of Talent–which ultimately catapulted me to the in-crowd of underground horror.  That’s where I realized it’s impossible to be an outsider here. It’s truly a safe zone. A family. A real gem and haven in the weird times we’re living in. As an actress, I’ve worked in just about every genre and nowhere else do I get such a sense of support and dedication to the community and the fans.  These horror conventions and festivals are the highlights of our years as filmmakers; where people from all over the region come together for a wild 48 hours and celebrate something we all have in common: we dig horror films. Whether it’s blood and guts, fear and adrenaline, fishnets and scary-oke, 80s nostalgia and collectors items, creepy dudes with masks, the icons or the underground villains, creature features or the heroine final girl…the common genre thread ties us all together.

Days of the Dead has always been one of my favorites and the Atlanta con falls timely during Women in Horror Month.  It’s such a riot to celebrate women. I personally feel motivated and inspired by all the badass ladies I’ve been encountering lately.  Girls with bright ideas and killer organization skills, talented female cinematographers and directors and writers, dynamic actresses who play outside of type.  The movie industry has been male-dominated for years, even more so in the horror genre.  Don’t let that fool or discourage you, there are pioneers and a plethora of brains, strength, and perseverance behind top class humans who happen to also have vaginas. 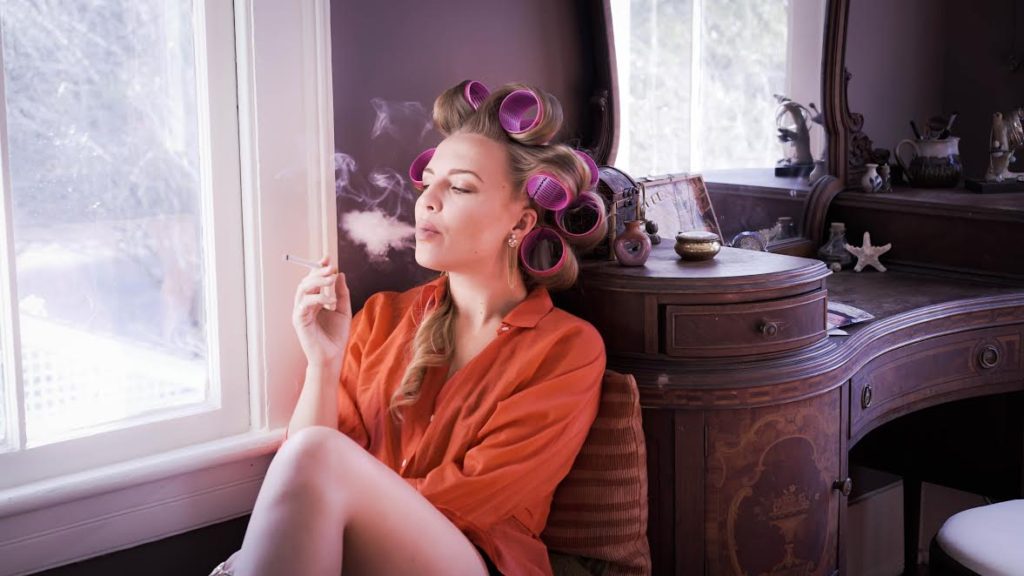 The JABB 48 Hour Film Fest highlighted the Etheria Film Block in downtown Atlanta this weekend. If you’re unfamiliar with this empowering collection, it’s time to educate yourselves. It’s a true celebration of women from directors, writers, colorists, ADs, cinematographers, producers, and actresses of all nationalities and types.  I was hugely impressed by the variety and production value of basically every single movie and having recently co-founded an all female production company, Honey Head Films. My co-producers and I were stoked on all these lady pheromones seeping out of the silver screen.

In my years since establishing myself in the horror film industry as an actress, I have yet to–in this genre–have been directed by a woman, had a lady behind the camera or fleshed out a character from a female’s mind.  Though I’ve generally steered away from the genre cliches of the blonde-girl-who-takes-her-shirt-off (but hey, there’s a place and time for that character and I personally am inspired by my fellow actress’ who absolutely slay in these roles and have an element of fearlessness and trust about them and look stunning in the buff–I’m winking at you, Ellie Church) I have been “typed” as more of a tomboy, a go getter, a blue collar chick that’s relatable and grounded, someone you’d take camping or home to meet grandma.  I’ve taught someone to fish in a horror film, I’ve saved the boyfriend from impending doom of a giant boar man, I’ve fought off a werewolf and a mad snuff-film director, I’ve used guns, smoked cigarettes, and kept up with the guys in these horror plots.  Though these badass roles were a blast, I’ll be honest, I’m most excited about the stimulating opportunities the past has lead to and the future holds.  We are in pre-production for a horror flick called Yes, Dear…with, you guessed it: female writer, director and cinematographer where during creation we specifically wanted to bend silly gender roles.  Who says the dude can’t stay in the car while the girl puts on her boots and changes the flat tire? 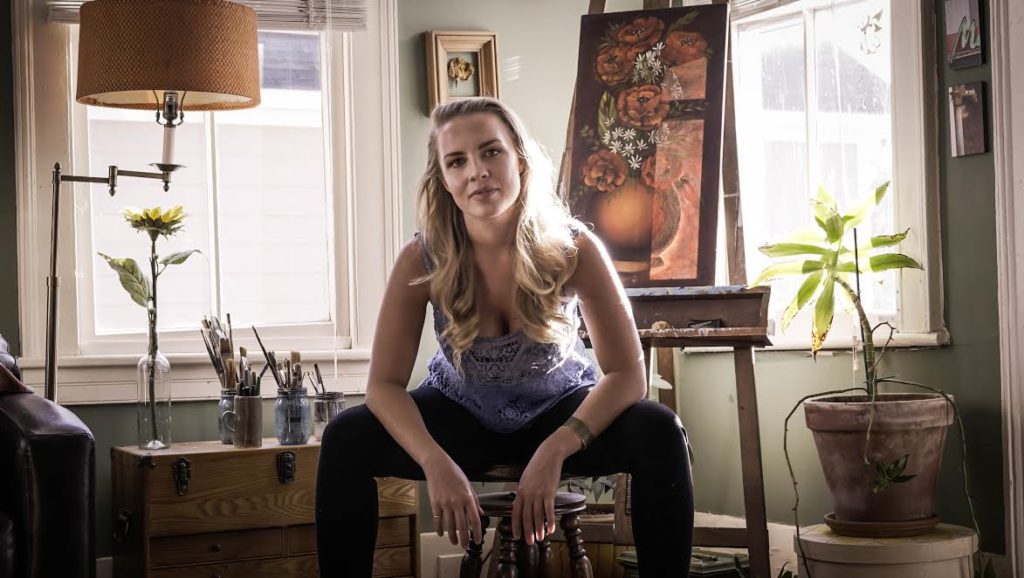 This is a call to arms, a mission to all genre artists to challenge your character building, challenge your creative team, stretch and grow, and allow yourself an open mind.  Ladies are coming up out of the trenches in all walks of life and I’m proud to be standing on the right side of history.  Women in Horror month is more than a celebration of nice boobies and scream queens–though that’s always fun and a staple of the classics.  This is a celebration of the kick-ass stunt women, the ladies concocting washable blood recipes in their basements, the girls hustling on set to protect the lenses from gut splatter, the women heading up SFX teams for creature features, the actresses challenging the horror industry for characters with standards higher than the heels I’m wearing today.  Cheers to the future of filmmaking.  I like being a part of the movers and the shakers who make the rockin’ world go round and look forward to collaborating with fellow ladies and men with fresh visions and enthusiasm for quality movies and equal parts for all in front of and behind the camera.