Here we go again. If you listen to our show or visit our site often you will already know we suck the dicks of Vinegar Syndrome. Vinegar Syndrome is totally my bag. They do amazing work on each and every release and they have never done a shoddy job. Now, their films may not be for everyone because they do dive into the world of pornography, pure sleaze and trash, exploitation, and just the plain fucking weird ass films that no one else gives the time of day. That said, they still have something for everyone and it’s my job to tell you where to start. With over 150 titles now, their catalog can get very overwhelming; especially if you don’t know most of the films they release. To get this out of the way, I recommend picking up their two special releases Red Mob and Sweet Sugar. 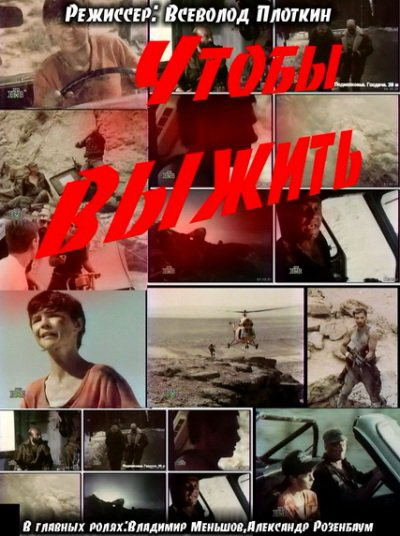 1. Red Mob is FUCKING insane. The story behind this film is FUCKING insane. If you took First Blood and Commando and made them fuck and have the Russian mafia videotape it; you would have Red Mob. VS is proud to bring you a film only 0.01% of the world has seen in a never-before-seen extended cut of the film that is batshit fucking insane. Please, don’t miss out of the gem. Buy it, buy Vodka, invite Ivan over and your mother and watch Red Mob. You won’t be sorry, tovarishch. Buy it Here. 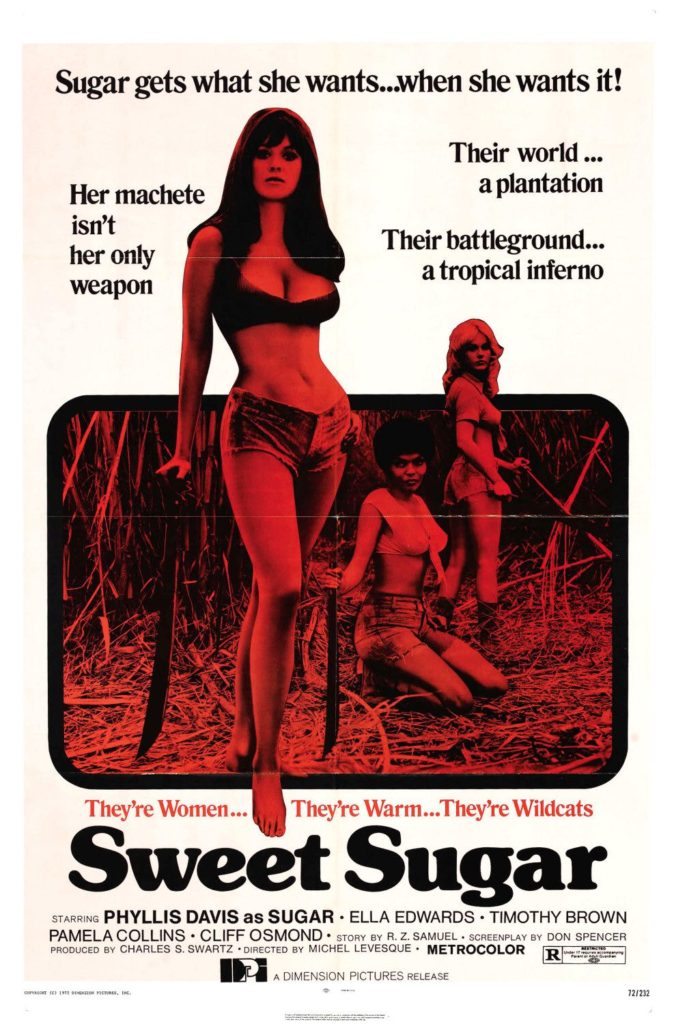 2. Ahhh, shitzzzz. Motherfucking Sweet Sugar in da house!!!! If you’re a fan of exploitation/blaxploitation and women in prison films that are hellbent on revenge, then Sweet Sugar is the film you’ve been looking for your whole life. Sweet Sugar is extremely underseen and a very kickass flick. This is why I love VS is because they resurrect gems like this and wipe the floor with them. Get some of yo Sweet Sugar right ova HERERERERERE. 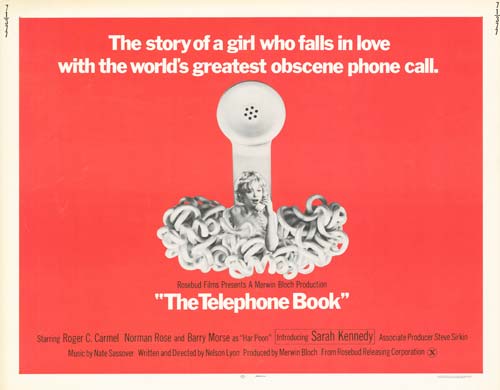 3. I’ve recommended this quite a bit through my time and I will continue to do so. The Telephone Book is a wacky, audacious, and cute sexploitation flick that has some of the most charming and perverted characters I’ve ever seen. Buy Here!

4. Your forth choice should be American Dreamer. This documentary explores Dennis Hopper on his journey during the post-production of The Last Movie, his follow up from Easy Rider. There was a lot of pressure on Hopper after his directorial debut and this is an in-depth look at Hopper and his life during that time. Sure, he is probably egging it on a little bit for the cameras but I honestly think it a great character study of someone’s emotions and motivations during such a crucial time of their career. Buy Here! 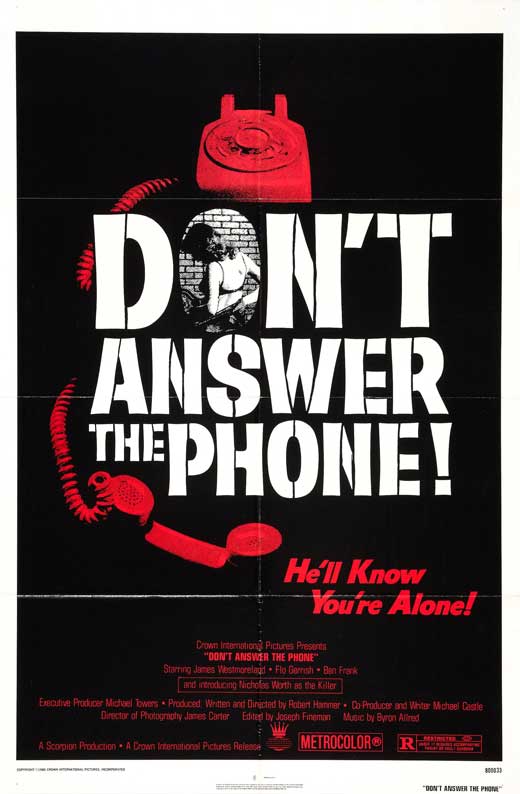 5. Don’t Answer The Phone!,  but you must buy this film! Watch Nicholas Worth give his performance of a life in this weird psuedo-slasher that is terrifying, silly, and just plain ole’ badass. Ask yourself, does it measure up? Buy Here 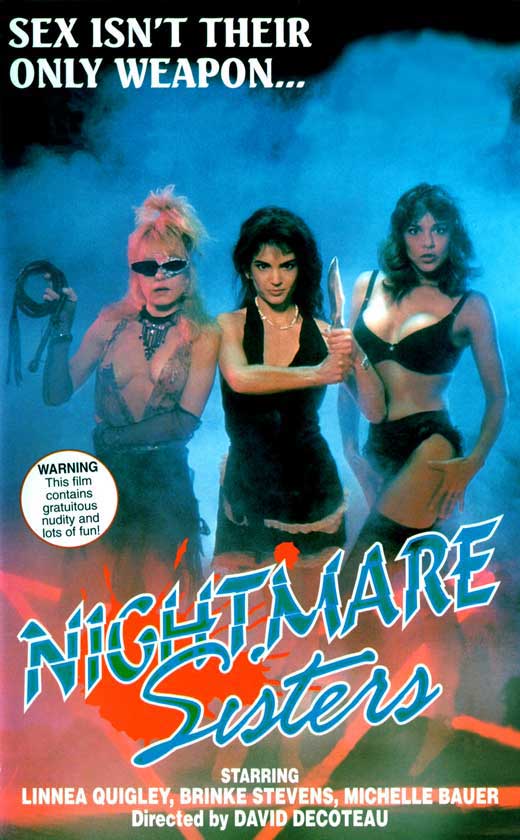 6. Linnea Quigley, Brinke Stevens, and Michelle Bauer. I mean, do I have to say much else? Buy Here!

7. A real treat for any horror film fan because this film is about horror film fans! A iconic horror film actor is dead and members of a horror film club decide to dig up the recently deceased Conrad Radzoff. Well, as you can probably already tell that, this doesn’t end well for anyone. Buy Here! 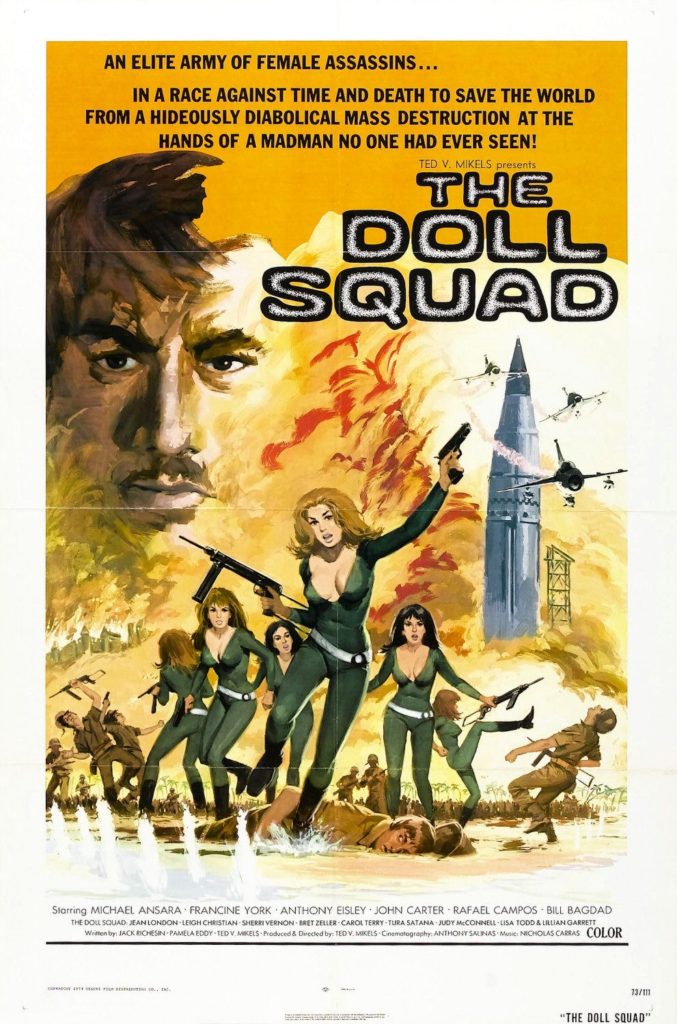 8. The best way to sum up Ted Mikels is a cross between Russ Meyer and Andy Sidaris. The Doll Squad is Mikels best film in my opinion and has the right mixture for anyone. With beautiful women who kickass, laughable villians, and one hell of a groovy soundtrack, The Doll Squad is one hell of a perfect movie with something for everyone. Oh yeah, Mission: Killfast isn’t that shabby either just the gender roles are reversed with some badass shootouts and action sequences. Buy Here! 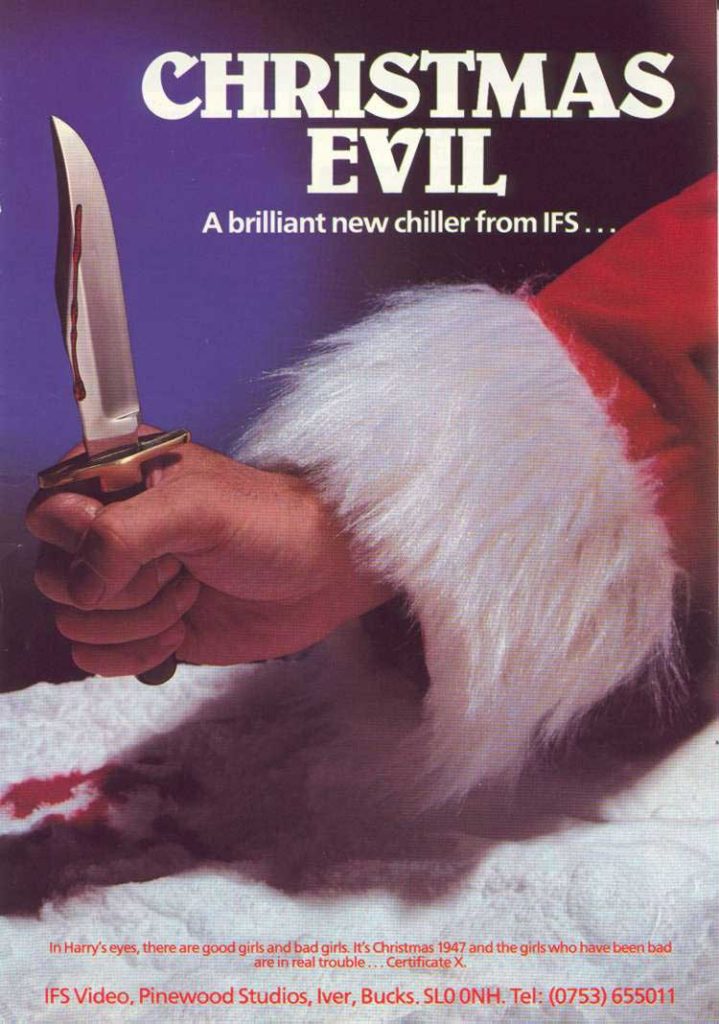 9. With Christmas right around the corner every home needs a copy of Christmas Evil. This is one of the better Christmas horror films because it tackles a little more than just a slice ‘n’ dice slasher. Buy Here! 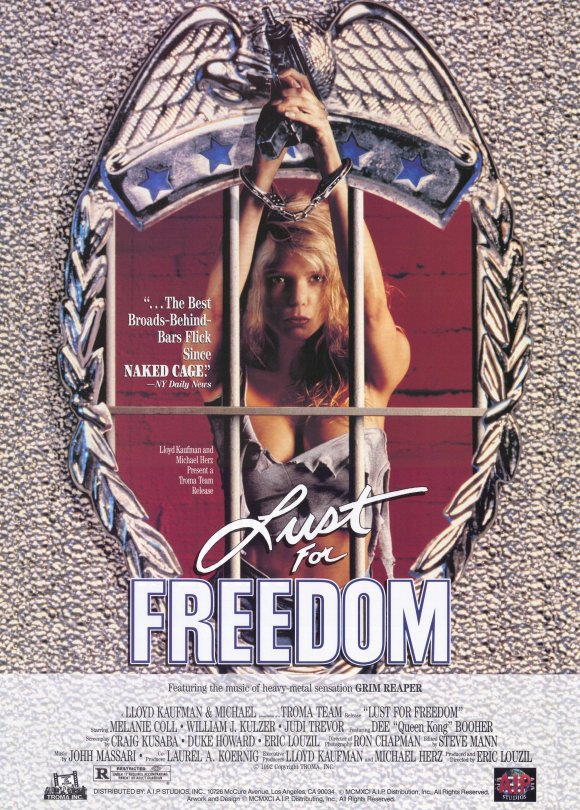 10. I know for a fact this is something that VS has plenty of stock of in their warehouse. People need to see this gem. Just do it. Buy Here! 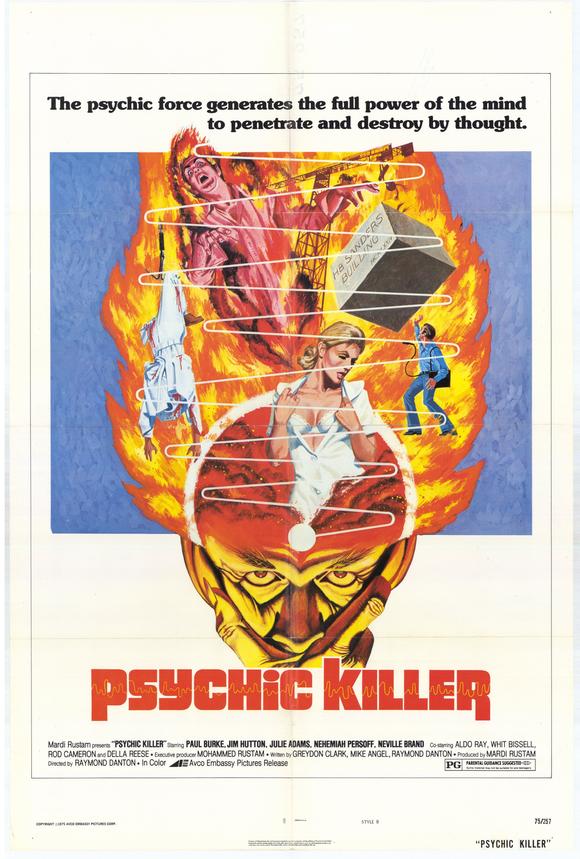 11. A guy that gets revenge through astral projection? FUCK. YES. Buy Here! 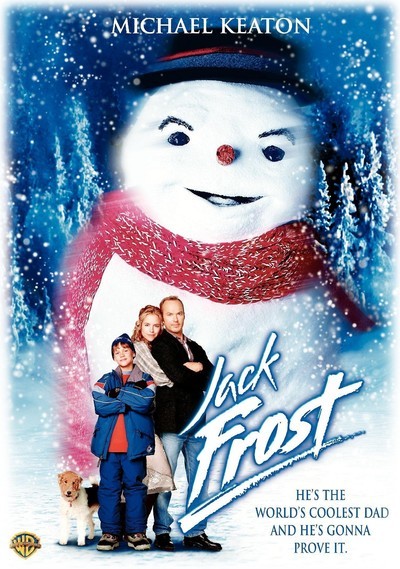 12. A father, who can’t keep his promises, dies in a car accident. One year later, he returns as a snowman, who has the final chance to put things right with his son before he is gone forever. Buy Here! 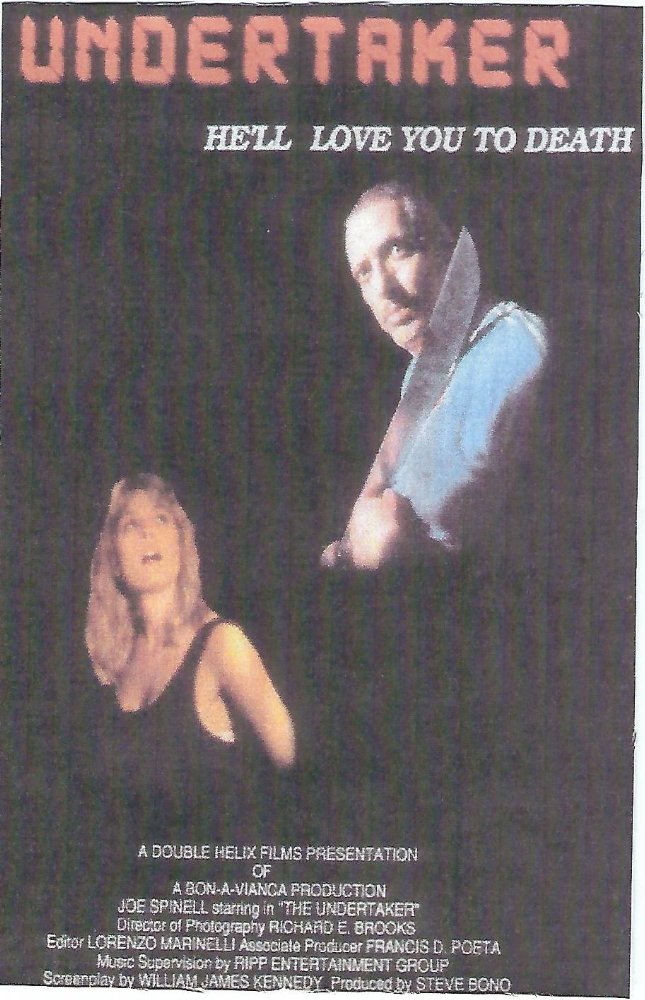 13. The Undertaker never made it to VHS but had some bootlegs through the years. It briefly made an appearance on DVD from Code Red but it was a shotty release and still underseen due to the exclusivity of the label. Thankfully Vinegar Syndrome has put together the definitive release. Buy Here! 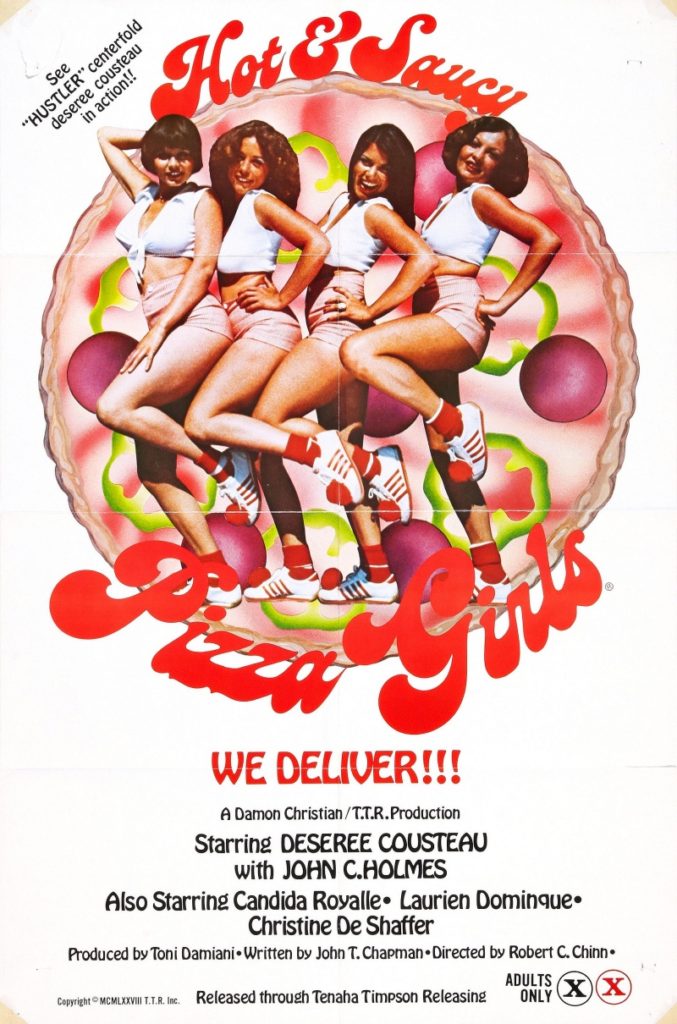 14. Desiree Cousteau and John Holmes in a sex comedy? Yes please. Desiree Cousteau is stunning and so charismatic on the screen and it’s one of the first hardcore sex comedies that had me laughing hysterically throughout the film. Buy Here!

15. Nightmare Weekend. “Holy fuck, what the fuck did I just watch?” is probably the most commonly used phrase after a viewer seeing this film for the first time. Plenty of boobs and gratuitous sex, violence, computer horror, and a puppet for a state of the art security system. Buy Here! 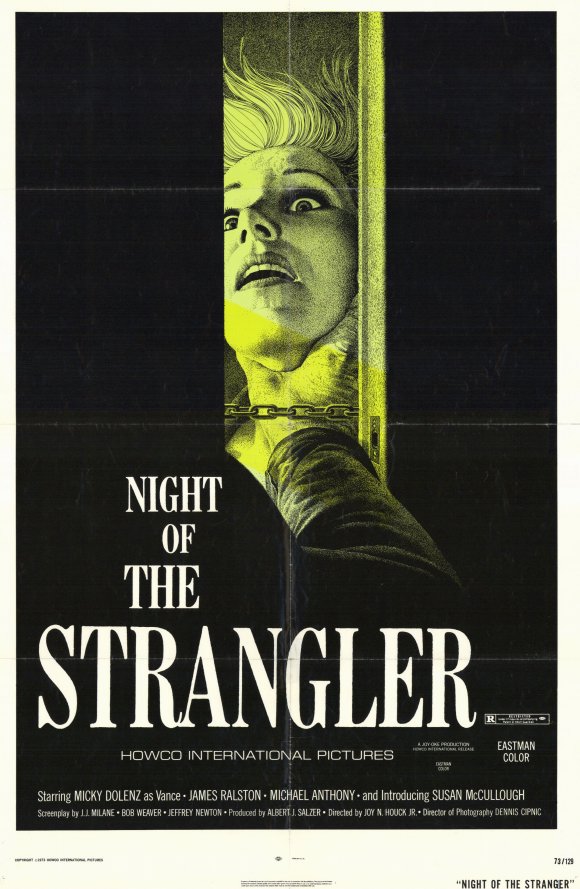 16. Weird, racist, and sleazy as all get-out, this film is one is a must for anyone that likes psychotronic southern fried horror. This film is for you. Buy Here 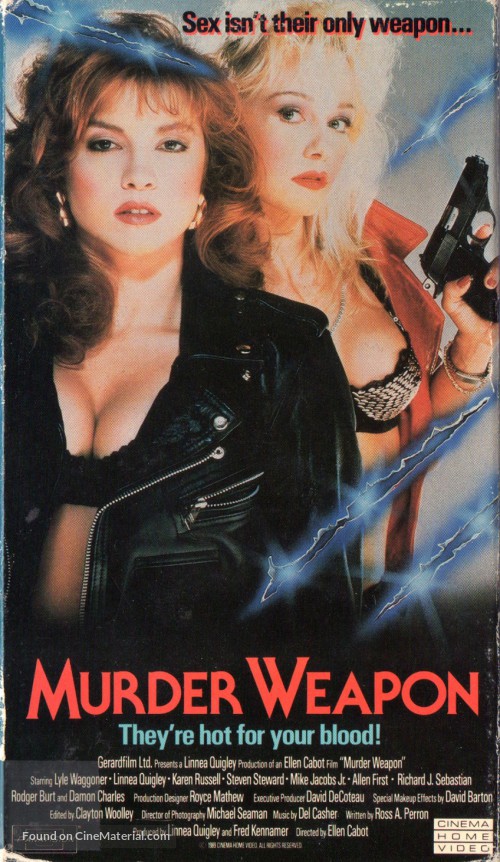 17. Linnea Quigley again? Yes. Please. David DeCoteau has directed a fuck ton of movies. I’ve never dove into his 1313 or his DTV flicks from 2000 on, but I can speak heavily on behalf of his films from the 80s and 90s. David DeCoteau can do it all. Whether he is making a horror, action, or drama, DeCoteau is always on his game. Murder Weapon and Deadly Embrace is a dip into a crime drama that’s sexy as all get out. Buy Here!

18. Another rental favorite of mine and still a batshit crazy flick. This is a very passionate and heartfelt production. Sure, it’s goofy and the plot twists are ludicrous but this film has a lot of heart and keeps on giving. Also the interview with Richard Casey is pure solid gold. Buy Here!

19. Who wouldn’t Desiree Cousteau in HD? Plus this has all 3 Pretty Peaches movies at your disposal. I mean, come on…buy it, you know you want to. 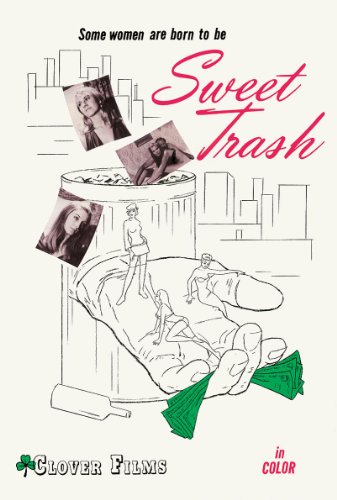 20. John Hayes all the way. I hope one day more people discover John Hayes because he’s truly a unique filmmaker and style that can be held up there with the other trash directors. Buy two of his films HERE.