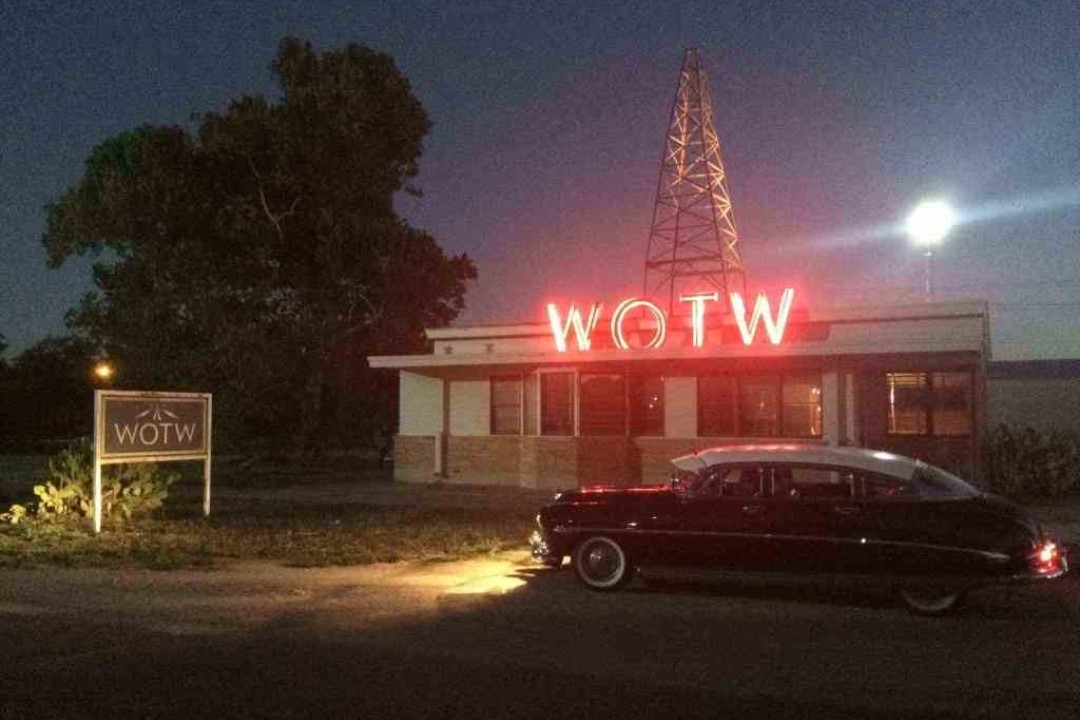 My first Fantastic Fest was jam-packed full of genre films from multiple countries, and I had the time of my life exhausting myself to see as many as possible. That ended up adding up to two screeners, 30 films in the theater, and a feature-length shorts program.

I want every film I saw to get their due, but it’s just not feasible for me to write thousands of words on each one. Therefore, please enjoy these fun-sized capsule reviews! I’ve also included what I’m calling “secret words:” themes each film tackles for a quick way to see if something would fit your mood or tastes. (Please note: All films are 2019 releases unless otherwise noted.) 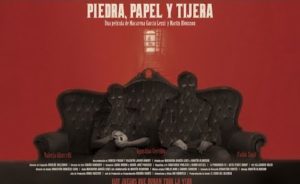 A fractured family tale that has its roots in The Wizard of Oz as much as What Ever Happened to Baby Jane?, this will appeal to lovers of ornate, crimson-choked houses haunted by secrets. Sadly, beyond its intriguing setting and a few truly startlingly scenes, this one fell a bit flat for me when it came to coming together as a cohesive chiller thanks to confusing character motivations and a start-and-stop pace. A solid one to stream on a dark, rainy night, I can’t suggest anyone go too far out of their way to seek this out. 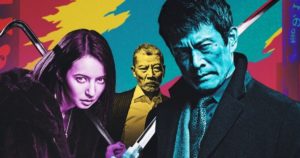 Miike is not only one of the world’s most prolific directors, but he’s also one of the most daring and experimental, and it’s not unusual to find a group of film lovers who each have their own favorite “flavor” of Miike. First Love is Miike back at his Dead or Alive wheelhouse with touches of Ichi the Killer, which should excite hoards of his diehard fans. With that in mind, this is also a great first go if you’re curious about his work but haven’t dived into his filmography yet. As bonkers and fun as this movie is, it’s accessible with a very clear Yakuza-based plot, and those aren’t things you always get from Miike. While there are plenty of decapitations and other grave offensives to the human body, it’s nowhere near the body trauma we all know he can conjure up, so consider this a great primer to his work as well.

Speaking of, I caught a screening of Miike’s 2001 mind-splitting The Happiness of the Katakuris right after, part of a wonderful event I was lucky enough to witness when he received a lifetime achievement award from the Alamo Drafthouse. If you’ve seen this film, you know it just about defies description. If you haven’t, imagine everything AND the kitchen sink… except everything can and will sing, kill, and love. It’s not the place to go for a straightforward narrative; Katakuris is a celebration of unbridled imagination, and it should always inspire everyone to take chances with their art. 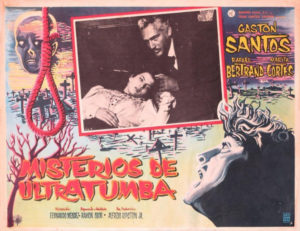 The Black Pit of Dr. M (1959) Directed by Fernando Méndez, written by Ramón Obón. From Mexico.

A huge part of this year’s Fantastic Fest was celebrating genre cinema from Mexico, spearheaded by Abraham Castillo Flores, programmer of the lauded Mórbido Fest. To ease Fantastic Fest-goers into this world, The Black Pit of Dr. M channels classic, shadow-thick gothic horror with mad science that wouldn’t pass muster with any respectable medical board. With a plot that includes jailing the mentally ill, transmogrification, a music box as a behavior controller and acid attacks, this is the perfect one to hunt down for moody Halloween-time viewing. 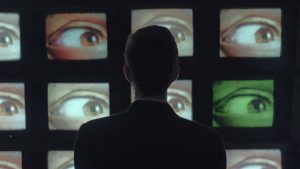 The Antenna Written and directed by Orçun Behram. From Turkey.

The Antenna is one that’s not easy for me to easily label as “good” or “bad.” Set in a crumbling tenement building, the film has an ambitious classic sci-fi plot (a government-mandated antenna must be installed… to deadly results) and I appreciated how it used the plot to illustrate the self-destructive lengths some people will go due to submission caused by economic insecurity. There are also brilliant visual flourishes and some moments of true unease. Still, it’s uneven, jerkily-paced, the plot is painfully disjointed, and it’s just very messy overall. Still, considering that was Behram’s first film, I’m excited to see where this career will go because there is so much natural ability on display here. While I didn’t enjoy this one, I did respect most of it. 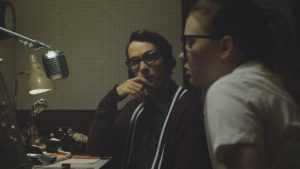 The Vast of Night is one of those films whose lineage is very obvious. Where it differs and excels, though, is how what it does with its influences. It shakes the hand and thanks 1980s’ Steven Spielberg films, nostalgic throwback baby boomer movies that would romance one life-changing night, and classic sci-fi films that start their adventures on rumors that would force the main characters to uncover themselves what was real… and then it moves on and makes its own piece of art. The Vast of Night is a charming, smart living oral history of an unexplained UFO event as it happens in a sleepy little burb. Stars Sierra McCormick as the studious but street smart Fay Crocker and Jake Horowitz as Everett, who has the cool of James Dean but the warmth to remember to ask about your kid’s birthday party, make a great investigative pair that don’t annoy for even a moment. This film takes its time, and it still flies by. 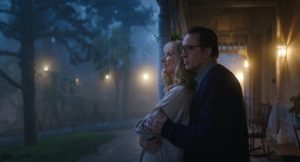 I wasn’t alone in looking forward to Richard Stanley’s return to the big screen in an adaptation of H.P. Lovecraft’s “The Colour out of Space” the most at the Fest. With the break he had in his directing career, it’s an incredibly ambitious project to take on as a comeback: Lovecraft’s “The Colour Out of Space” is a short story, sure, but the blasted heath takes full advantage of his penchant for tumor-like growth on a planetary level, and moving that to the “show don’t tell” medium is a task and a half. Color Out of Space follows the beats of the story and has plenty of Lovecraft Easter eggs to make fans happy, plus it delivers that longed-for Nic Cage unhinged acting but respects everyone enough to only kick that in when it makes sense with the plot. The film is a mess in the exact way it needs to be; this isn’t the kind of story where you can be surgically precise and clean, else it’ll be toothless. The movie is a ride, it’s a visceral experience, and it’s a ridiculously decadent aesthetic dream AND nightmare, but it’s not where you should wander if you want solid coherence.