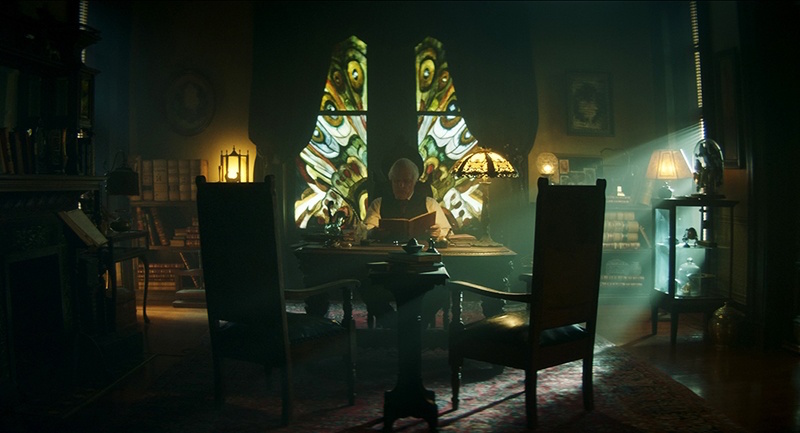 Since the golden age of cinema horror anthologies have been a staple of the genre and thrived through the decades bringing us some memorable films. Of course just like any sub-genre not all are great or even good by most standards so it’s always a joy when one comes along that you can stack against the best in the category. The Mortuary Collection rises to the occasion and will fit snugly between classics like Creepshow (1982) and the more recent Nightmare Cinema (2019) yet has just as much in common with Dead of Night (1945) and The House That Dripped Blood (1971). That’s because this is a period film set in the late 1950s / early 1960s so it has both a contemporary and Classic Hollywood feel. Fantastic Fest featured the world premiere of The Mortuary Collection where it won over audiences with cool visuals, entertaining segments, and a foreboding backdrop. 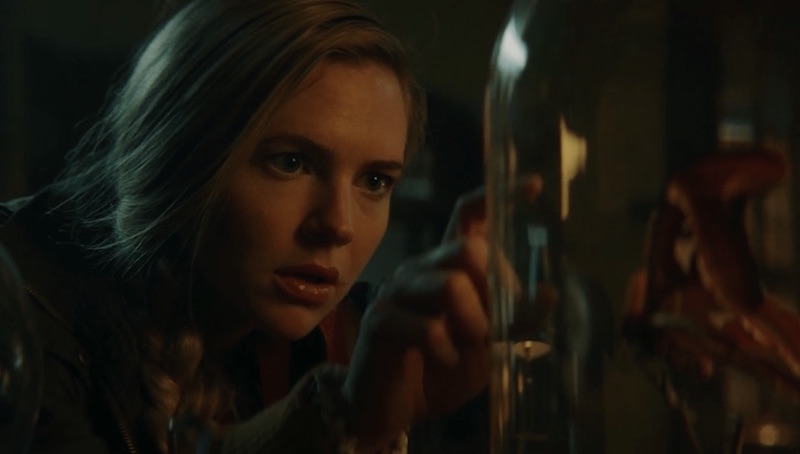 This horror anthology kicks off with a group of kids sharing rumors of the ominous Raven’s End Mortuary in this small town (serious IT CHAPTER ONE vibes). One of them is a novice reporter who wants to get the real story from the source so he heads up to the old Victorian haunt and is quickly frightened away by the mortician (portrayed rather menacingly by Clancy Brown doing his best Tall Man impersonation). Cut to a funeral at the mortuary and a ‘help wanted’ sign to a young woman, Samantha (Caitlin Custer), applying for the job. This is all within the first few minutes of the film and becomes the catalyst for the anthology to take root.

During the interview process, the mortician (aptly named Montgomery Dark) becomes the storyteller, “every corpse has a story,” he growls. His interviewee asks for a strange account of death assuming that Dark must have several from presiding over so many funerals. She would be correct in her assumption. Our host begins the first of four tales, each quite different yet all are effective to varying degrees, and thus the framing device is born.

The first short story is exactly that; short. And a tad slight. Without revealing the specifics, let’s just say that it involves a woman (Christine Kilmer) at a fancy party who may be a little too nosy after primping in the bathroom. Really, who doesn’t like to take a peek behind that mirrored medicine cabinet? It’s almost a throwaway yarn to test Samantha and yet have her pleading for something more potent. It works and she pries Dark for an even more gruesome story. 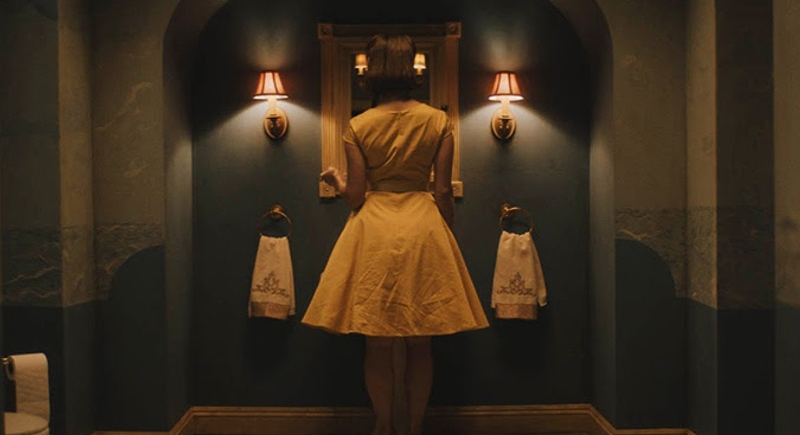 He abides with two more horrific tales of death. One involves a misogynistic fraternity bro-dude looking for his next score followed by a sobering account of a comatose wife and her weary husband desperate for any sign that the woman he loves is still with him. Both of these are particularly unsettling and gory yet have more to say about how women are treated regardless of the time period. For the fourth and final segment, director Ryan Spindell re-purposes his short film from 2015, The Babysitter Murders, for a delightful and wicked gender misdirect that cascades perfectly into the finale of the anthology. To say anymore would spoil the tidy conclusion that ends with our brave little reporter getting his story.

As you may have guessed The Mortuary Collection blends humor and horror to great effect akin to the best examples of this category. What is utterly grotesque becomes hilarious in how it’s executed and delivered. Additionally the movie does a fun flip-flop on how women are often portrayed as the victim. For this reason it makes this horror anthology successful; tables are turned for an amusing outcome when all is said and done. I caught this movie at its first screening in the midnight slot and despite its nearly 2-hour run-time was completely immersed in this world and had a blast.

The Mortuary Collection is a thrilling horror anthology offering a good balance between the frightful stories and grisly imagery with solid performances throughout. Of particular note is the wonderful set design that really brings this creepy mortuary to life with such detail you’ll wish you could visit and observe all curio and accouterments firsthand. For fans of anthologies looking for another spooky one to add to your rotation, seek out The Mortuary Collection. It’s what the mortician would want.

Check out the video below: