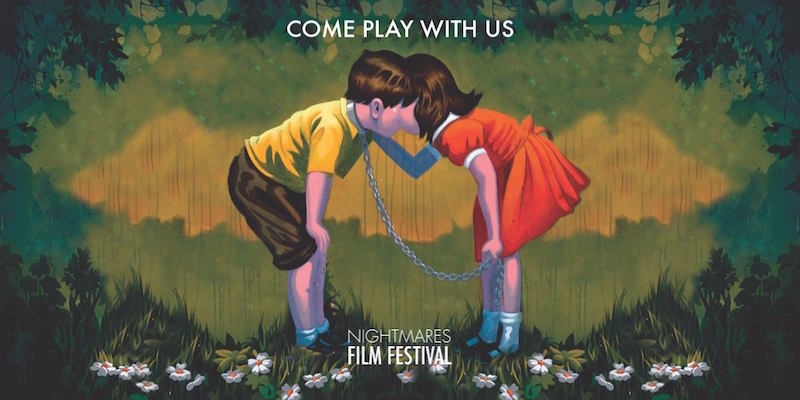 Nightmares Film Festival 2019 got off to a killer start on Thursday, Oct 24th at the Gateway Film Center in Columbus, OH. The excitement was buzzing through the air as the cinema lobby swarmed with attendees amped for their first taste of 2019 programming. This being my first time at this film festival the feeling was similar to Chicago Fear Fest with plenty of eager horror movie fans descending on one location to kick off an excellent weekend of genre film.

SWALLOW was the official movie to open NFF2019 and fresh off recent screenings at Brooklyn Horror Fest and Fantastic Fest. This regional premiere of this feature film debut by director Carlo Mirabella-Davis totally hooked the audience quickly with its straight take on what sounds like a silly premise; a housewife swallows random objects around her home. The fact that Mirabella-Davis, who also wrote the screenplay, plays it so serious is what makes it effective. Here you have this perfect life yet not so perfect wife trying to live up to the expectations of her demanding husband (Austin Stowell) and his parents. It’s when Hunter (a sobering portrayal by Haley Bennett who also executive produced) learns she’s pregnant when things tailspin. 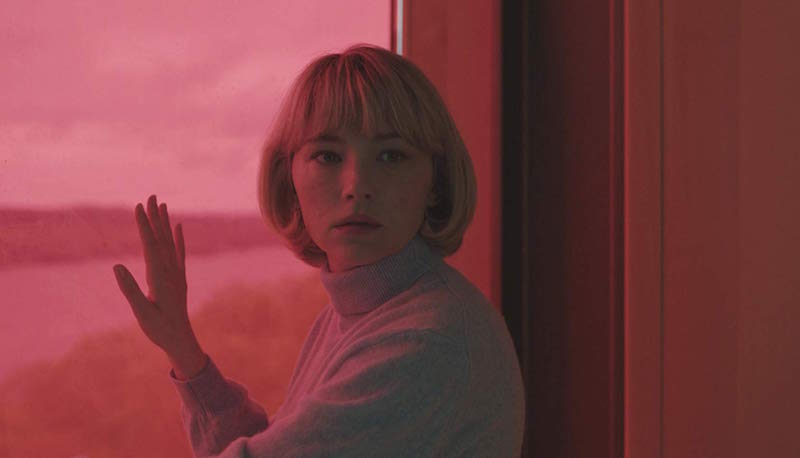 Hunter becomes obsessed with swallowing random household objects, often dangerous objects. Sounds absurd, right? The absurdity is what drives this compelling story as things continue and become more desperate. Bennett’s performance is one of tragic loneliness in idyllic world where she will never be good enough. The trauma of this situation is heightened by Hunter’s past now magnified by her pregnancy. SWALLOW is a tremendous film that goes to unexpected places in a darker version of a Lifetime movie yet one that will keep you guessing to the end. 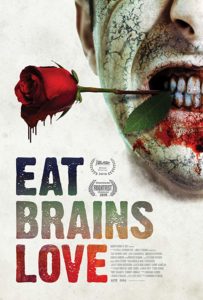 Following that festival opener was EAT BRAINS LOVE directed by Rodman Flender (Idle Hands). This teen zom-com turned in an ideal compliment to give the NFF2019 audience an outlet for the tension built up in the previous film. EAT BRAINS LOVE is great to watch with the crowd and features some sweet flourishes that give this zombie road trip flick a heart. The trio of young leads (Angelique Rivera, Jake Cannavale and Sarah Yarkin) bounces the banter between each other with wonderful chemistry. It’s warm and works to keep the crowd invested in these characters. Also appreciate how Flender bends the zombie rules for a fresh take on their affliction. Definitely a movie to watch with a group, as plenty of sequences are hilarious. If one can’t find joy in this movie then they might actually be a zombie.

The opening night finished with the first of several short film packages scheduled throughout the weekend. Labeled HORROR COMEDY SHORTS A this was a fun collection of films to close the evening. Shorts included Killer Date, Dead Teenager Séance, Bad Fun, OverKill, Exhibit Man, and NeckFace. Day 1 of Nightmares Film Festival was a nice lead into the packed weekend of programming. Check back for daily recaps of the rest of the festival and follow @NightmaresFest for more updates.