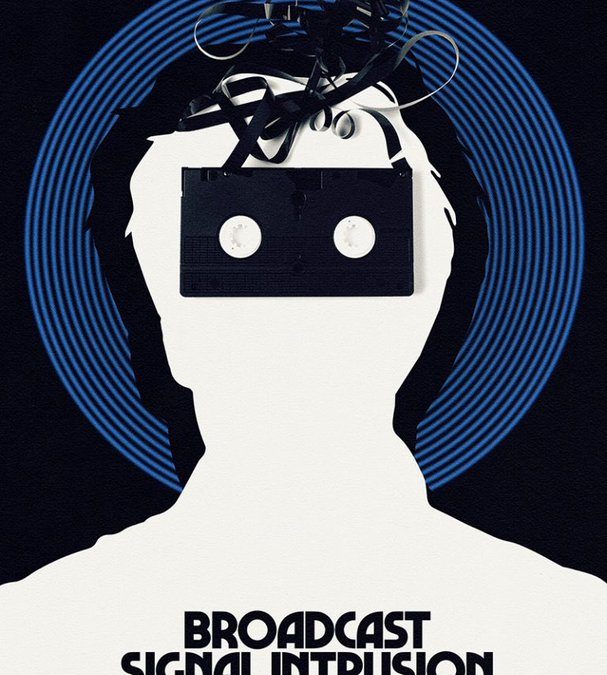 James (Harry Shum Jr.) has a tedious job of cataloging old broadcast tapes as a video archivist, often of local news stations. One night, strange and disturbing footage of someone wearing a wig and rubber mask and using some kind of vocal distortion intrudes on an old news broadcast for a few seconds, immediately intriguing our quiet lead. Combining 1987’s “Max Headroom” signal hijacking and the look of the famously unsettling “I Feel Fantastic” video, the effect on the videotape is familiar but still deeply creepy.

James soon finds himself obsessed, trawling online message servers that discuss the strange event from years ago. He soon discovers there were more such intrusions. This new fixation works to distract from the grief of losing his wife, propelling James through increasingly strange and unlikely situations with a rapidly expanding supporting cast. He fast becomes a classic hard-boiled character as he tries to cover the “who,” “why,” and “what the hell” of the video pirate.

While the hook is interesting and eerie enough to keep the story beats fairly satisfying for a while, the second act gets pretty soggy pretty quick. The plot slows itself down to a near standstill as we hop from character actor to character actor, all giving scraps of information that seem attached to miniature autobiographies. The supporting characters are too often archetypes you’d find in any given mid-tier mystery or thriller story, rote dialogue included, and it gets difficult to buy into all of the increasingly dangerous circumstances our leads unquestioningly walk themselves into.

Strained credulity aside, an effective atmosphere and disquieting imagery can go a long way, and there’s enough in BROADCAST SIGNAL INTRUSION that I was dying to find out how it all played out. This was heightened by some great horror set-pieces toward the end. Unfortunately, the plot runs out of steam about the time our hero runs out of purpose (at times, Shum’s otherwise strong performance seems lost at sea with his character’s clouded motivation,) and we’re given the kind of, “Wait, really?” unsatisfying ending that will please exactly no one.

Fans of mysterious videos, ye olde internet sleuthing, and neo-noir films will find the aesthetics and mystery behind BROADCAST SIGNAL INTRUSION pretty intoxicating. It’s not half-bad as a “spot the David Fincher influence in this scene!” drinking game either. As a mystery, however, we’re given no real closure with the story or our main character. As a horror film, its scary scenes are effective but too sparsely placed to recommend it as such. As a drama, too many character arcs (and characters themselves) and hints at emotional healing are unceremoniously dropped, rendering them little more than filler. While not a failure (there’s a lot of imagination and fantastic use of effective sets and locations here), I’m not sure exactly what the film ultimately wanted to achieve, so I’ll never know if it succeeded.